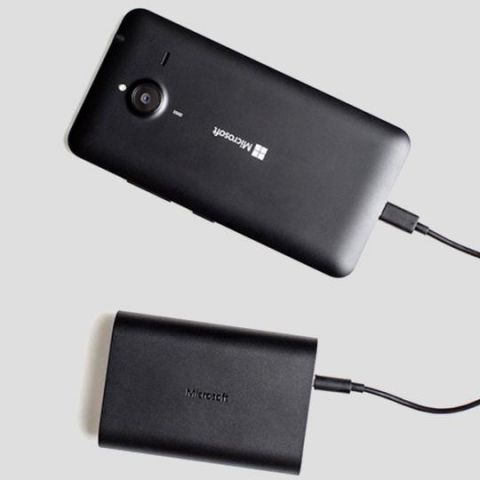 The power banks come with two USB ports that allow users to charge two devices at the same time. The company claims in a blog post that they can hold their charge for months at a time. The Microsoft Portable Dual Chargers have 5V - 1.5A input and offer 5V - 2.1A output. If the user needs to charge both the handset and the portable charger simultaneously, they can plug-in the power bank to a source and then the handset with the power bank.

Microsoft says that the power banks will be able to charge smartphones and tablets as quickly as the company's AC-60 wall charger accessory. The Microsoft Portable Dual Chargers feature four LED lights for indicating the power left in the device. Microsoft's Power Bank chargers will compete with the likes of powerbanks from Xiaomi, Asus and OnePlus. Xiaomi offers powerbanks in different capacities including a 10400mAh battery priced at Rs. 999, a Mi 5200mAh Power Bank for Rs. 799 and a 16000mAh Power Bank that is currently available only in China for CNY 129 (approximately Rs. 1,300). Smartphone makers are still struggling to make their batteries last over 12 hours, and making powerbanks is the best option for users. There has been an increasing demand for lighter and more portable powerbanks.