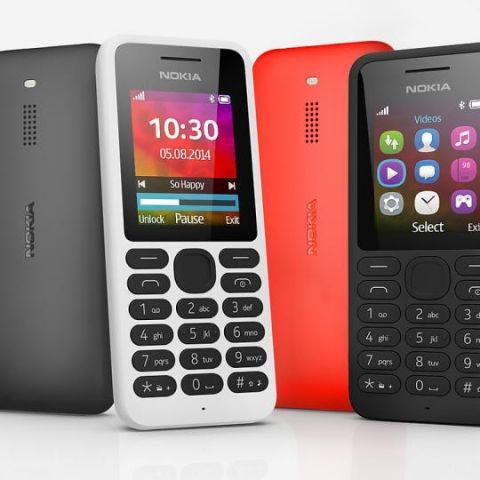 Microsoft has launched entry level low-cost Nokia 130 for just EUR 19 or Rs 1550 (approx). The basic phone is available in single and Dual-SIM variants.

The Nokia 130 and 130 dual SIM phones have a 1.8″ QVGA screen with 160 x 128 pixels resolution and run on Series 30+ OS. Microsoft says that the phones are meant for first-time mobile phone buyers and people seeking a reliable back-up phone.

The Nokia 130 and 130 dual SIM come with inbuilt video and music players. They supports Bluetooth 3.0 and USB connectivity. The budget phones have 32 GB microSD expandable memory and comes with an inbuilt flashlight and FM radio. Both the devices have a 1020 mAh battery that offers up to 36 days standby for the single-SIM variant and 26 days for the dual-SIM device.

The Nokia 130 and Nokia 130 Dual SIM comes in Red, White and Black colors. The budget phones will be launched in Q3 2014 in select markets, including Egypt, China, India, Kenya, Indonesia, Pakistan, Nigeria, the Philippines and Vietnam.

Microsoft phone unit VP Jo Harlow stated that the company is committed to the basic cell phone business for the long term. “Microsoft doesn’t have any other project that can reach these consumers,” Harlow said. "More than a billion people don’t have a cell phone, Harlow said, adding that the basic phone business is “stable and growing” unlike the declining feature phone segment".

Last month, Microsoft had announced its plans to scrap its Nokia X and Nokia Asha feature phones and shift its Android-based Nokia X to Windows. Microsoft also announced 18,000 job cuts in the next year as a part of ongoing restructuring efforts. Also Read: Microsoft to merge all versions of Windows