Microsoft cancels the much-awaited Courier tablet; HP might do the same with Slate 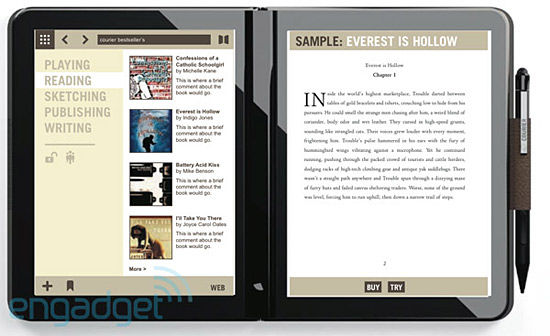 So far, Microsoft had never revealed anything officially about the innovatively-designed Courier tablet, and millions were looking forward to the device as an exciting alternative to the Apple iPad. Now however, the first official HP Slate

All we know is that this doesn’t augur too well for Windows 7 as a tablet OS, and other tablet manufacturers, both minor and major, might switch away from it as well. Maybe Microsoft should try their hand at making the Windows Phone 7 OS more suitable for tablet devices.