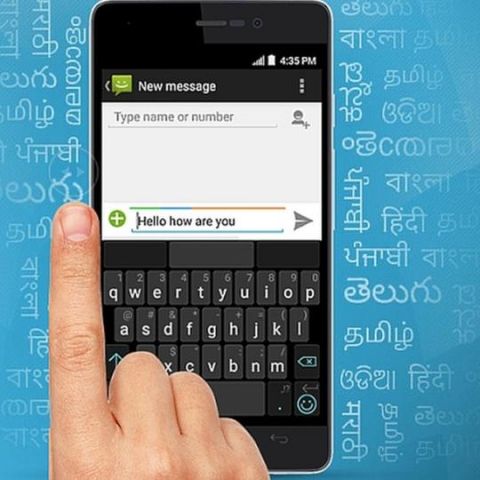 Micromax has launched the Canvas Unite 3 smartphone for Rs 6,569. The handset is listed on the company's website and is available on e-commerce retailer infibeam.com.

The Canvas Unite 3, successor to the Micromax Unite 2,  has a 4.7-inch display with 480 x 800 pixels resolution. The smartphone has a 1.3 GHz quad-core MediaTek processor with 1 GB of RAM. It has 8 GB of inbuilt storage expandable via microSD card up to 32 GB. It has an 8 MP autofocus primary camera with LED flash and a 2 MP secondary camera. The smartphone comes with inbuilt light, gravity, and proximity sensors. Connectivity options included are Dual SIM, 3G, GPRS/ EDGE, Wi-Fi, Micro-USB, and Bluetooth support. It is backed by a 2000mAh battery, which according to company claims delivers up to 8 hours of talk time and up to 220 hours of standby time. It runs Android 5.0 OS out-of-the-box.

The Canvas Unite 3 comes preloaded with support for 10 regional languages. It comes with a new feature that lets users translate a message from English to the language of choice and vice versa. Micromax has also preloaded the handset with popular apps including Ask me, Facebook, Facebook Messenger, Hotstar and more. The Micromax Unite 3 is available in White and Blue colors.

The Micromax Canvas Unite 3 comes bundled with a data offer from Vodafone offering up to 500MB (2G/3G) of free data per month for the first two months. As said above, the new Unite 3 is the successor to the Micromax Unite 2 handset launched last year. The Unite 2 was the company's most successful products competiting against the like of Moto E and Android One handsets. Micromax claims that the Unite 2 is among 5 best selling phones in the Indian market. It has sold over 1.5 million units since its launch last year. The handset has a 4.7-inch IPS display with 800 x 480 pixels resolution. It has a 1.3 GHz quad-core processor with 1 GB of RAM and 4 GB ROM expandable to 32 GB. It runs Android 4.4 upgradeable to Android 5.0. It has a 5 MP rear camera with flash, 2 MP front camera and is backed by a 2,000 mAh battery.