Micromax MAd A94 smartphone launched, pays as you watch ads 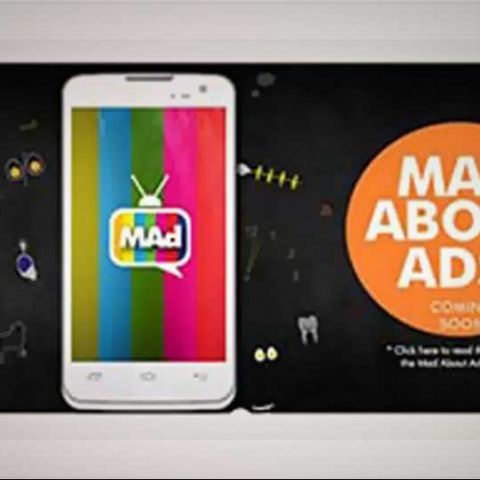 Micromax had launched the 'Mad About Ads' teaser, recently and has now announced its first smartphone with the Mad app pre-installed called the Micromax MAd A94. The A94 is available for Rs 8,490 across all stores in India.

The Micromax Mad app pays users to watch advertisements on the mobile. Users will earn points for every ad they view via the MAd app, that will be converted into real money and credited into their postpaid/prepaid phone accounts. Micromax has tied up with various Telecom operators for the service.

Micromax MAd A94 smartphone has a 4.5-inch full touch screen with a 480 X 854 pixels resolution. It has a 5MP rear camera and a 5MP front camera for video recording. It has a 1.2 GHz quad core Broadcom processor with 512MB RAM and run Android 4.2.2 Jelly Bean. Connectivity wise the smartphone comes with 3G, Bluetooth 4.0 and WiFi. It has 4GB internal storage expandable up to 32GB via microSD card. The Micomax Mad A94 has an 1800 mAh battery that according to company claims delivers up to 5 hours of talk time, 150 hours of standby time and 4 hours of browsing time.

The smartphone comes pre-loaded with apps including Mad, M!Live, BBM and Hike for Instant Messaging, Spuul to watch free movies and much more.

Commenting on the launch, Mr. Rahul Sharma, Co-founder, Micromax said "With the launch of Micromax MAd, we aim to create a powerful medium to interact, engage, entertain and connect with the consumers by lending them our ears to voice their areas of interest, preferences and incentivizing it for them through reward. This service would provide a high engagement communication channel for the brands to break away from the clutter."

Micromax has also launched the Canvas XL A119 phablet with a large 6-inch QHD display with 960 x 540 pixels resolution. It has an 8 MP rear camera and 5 MP front shooter. It has 1GB of RAM and 4GB of ROM expandable up to 32 GB via microSD card support. Connectivity wise the smartphone offers 3G, EDGE, Bluetooth, Wi-Fi and USB. It has a 2,450 mAh battery that according to the company delivers 9.5 hours of talktime. The Micromax Canvas XL is available for Rs 13,990 on Homeshop18.