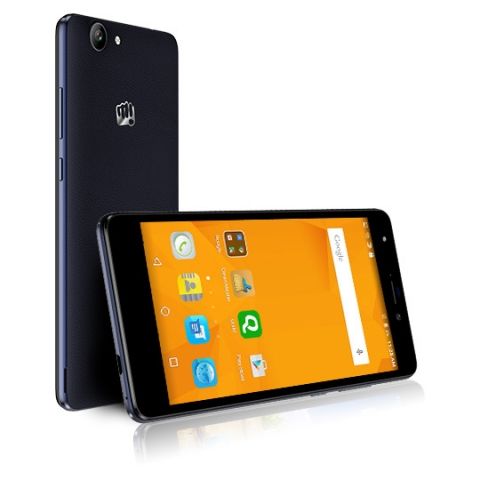 Micromax has been on a launching spree, recently. The company just updated its Xpress series with 4G capabilities, and now a variant of the Nitro has been listed on the company’s website. The new Nitro 3 smartphone is equipped with a 1.4GHz octa-core processor, and 5-inch HD display. It should be mentioned that earlier this month, another Micromax phone, the Canvas Amaze, got listed on the website. Both Nitro 3 and Amaze are currently being sold via third party sellers.

It is powered by an 1.4GHz octa-core processor, which is most likely the Qualcomm Snapdragon 417. There is 2GB of RAM and 16GB of on-board storage on the phone, out of which 10.82GB is available for use. Storage can be expanded by 32GB, via microSD card. The smartphone has a 5-inch display with 720p HD resolution. Micromax has also employed Gorilla Glass 3 protection on top of the display.

At the back, it has a 13MP autofocus camera, while the front camera resolution is 5 megapixels. The phone runs on Android Lollipop, and there is a 2500mAh battery, which Micromax claims will give 9 hours of talk-time. Going through the spec sheet, the Micromax Canvas Nitro 3(₹ 5155 at flipkart) seems like a downgraded version of the Canvas Nitro 4G, which we reviewed last month. The new phone has a similar spec sheet, but no 4G capabilities. Even the earlier mentioned Express 4G is a 4G-capable smartphone. However, Nitro 3 does feature 3G capabilities, and can hold upto two SIMs.

The phone is 8.7mm thick, and in terms of design, looks like a slightly altered version of the Micromax Canvas 5. Also, unlike the Canvas 5, the phone is expected to have a plastic build and a more affordable price tag.

Micromax’s sister company, YU, is also gearing up to announce its next smartphone, the Yu Yutopia. The company claims that it will be the “most powerful phone ever”, and is expected to feature a Qualcomm Snapdragon 810 SoC.