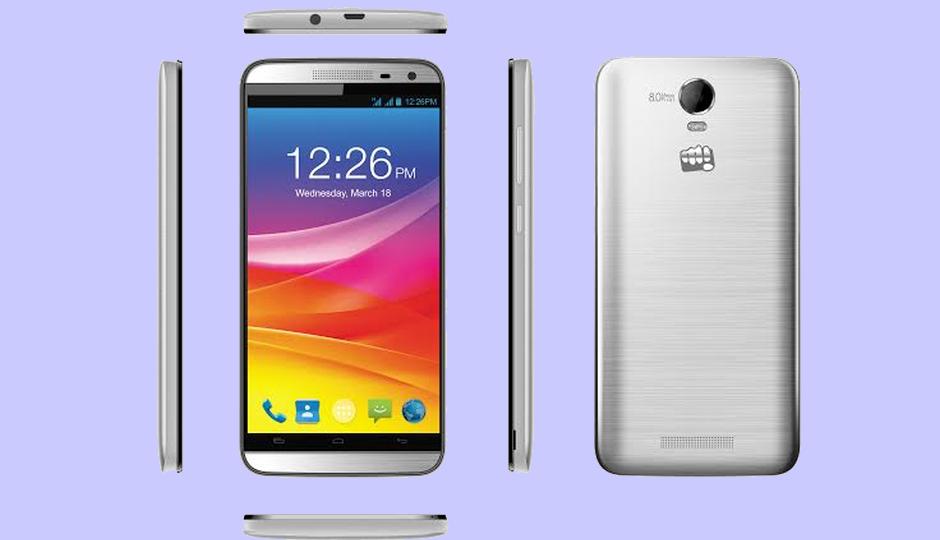 The Micromax Canvas Juice 2 has a 5-inch HD IPD display with 720 x 1280 pixels resolution. It powered by a quad-core 1.3 GHz processor with 2GB of RAM and 8GB of inbuilt storage. The highlight of the device is the 3000mAh battery that is rated to deliver up to 9 hours of talk time and up to 435 hours or 18 days of standby time.

Connectivity options included in the Micromax Canvas Juice 2 are dual-sim with dual standby, Wi-Fi, Bluetooth, GPRS, EDGE, 3G, and Micro-USB support. It has 8 GB internal memory expandable up to 32 GB via microSD card slot. The Canvas Juice 2 has an 8 MP autofocus rear camera with LED flash and a 2 MP front camera. The smartphone runs on Android 5.0 Lollipop out-of-the-box.

The Canvas Juice will compete with budget mobiles like the Lava Iris Fuel 20 smartphone which has a 4400 mAh battery and Gionee Marathon M3 which has a 5000 mAh battery. Read: WickedLeak Titan 4 phone launched with huge 5330 mAh battery

Micromax recently launched the Canvas Pep budget dual-sim smartphone at Rs 5,999 in India. The device has a 4.5-inch display, a 1.3 GHz quad-core processor with 1GB of RAM and runs Android 4.4.2 KitKat. The Micromax Canvas Pep has a 5 MP rear camera with LED flash and a 1.3 MP front camera. It is backed by a 1700 mAh battery.