Micromax has launched yet another smartphone under its Canvas series. Branded as the Canvas Ego A113, the new Micromax phone boasts of Android 4.1, quad-core processor and 8MP camera. 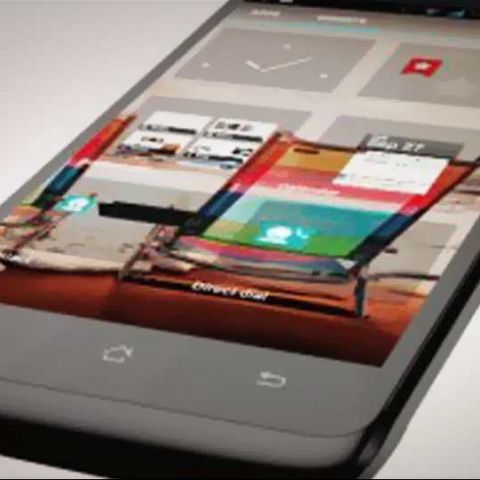 Micromax has added a new phone to its Canvas series, called the Micromax Canvas Ego A113. The smartphone is now available for pre-orders for Rs. 12,999 on online retailer Snapdeal.

The Micromax Canvas Ego A113 has a 4.7-inch display and runs on Android 4.1 Jelly Bean. The smartphone has a 1.2 GHz quad-core processor along with 1GB of RAM. It has 4GB of internal storage expandable up to 32GB via microSD card support. The smartphone has an 8-megapixel rear camera with LED flash and video recording.

On the connectivity front the phone supports 3G, Wi-Fi, and Bluetooth. It is a dual-SIM phone (GSM GSM) with dual standby support and has a 2000mAh battery. Other features included are an inbuilt FM Radio, music player, video player and a 3.5 mm audio jack.

Micromax has not officially announced the phone yet.

Micromax recently launched the Canvas Fun A74 smartphone. The smartphone has a 4.5-inch capacitive display with 854 x 480 pixels resolution and a pixel density of 218 ppi. It has 512MB of RAM and is powered by a 1.3GHz dual-core processor.

It comes with 4GB built-in storage with support for additional 32GB storage via microSD card. It has a 5MP camera with flash support and a VGA front camera for video calling. Connectivity-wise the device offers 3G, GPRS, Wi-Fi and Bluetooth support. The smartphone is powered by a 1500mAh battery. The Micromax Canvas Fun A74 is available for Rs 7,749 in India.