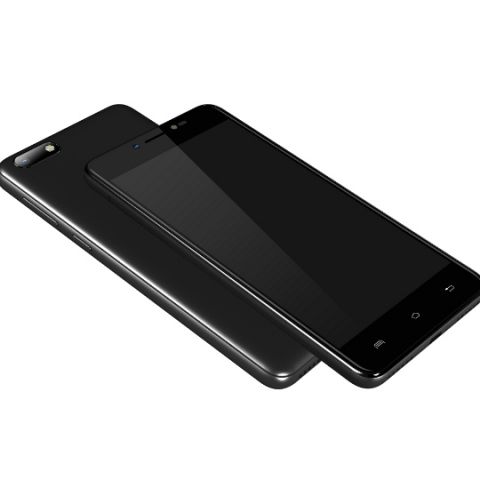 Micromax has added a new Bharat 5 smartphone to its Bharat series line-up. Priced at Rs 5,555, the main highlight of the smartphone is its 5000mAh battery which the company claims can power the device for more than 2 days and has a standby time of up to 3 weeks.

Vodafone is also offering 50GB free data as a launch offer on the device and users will get 10GB of free data per month over a period of 5 months. The Micromax Bharat 5 will be available from offline retail stores across the country and the company has announced that it will launch the Bharat 5 Plus and the Bharat 5 Pro smartphones in upcoming months.

Coming down on the specifications, the Micromax Bharat 5 sports a 5.2-inch HD display with a 1280 x 720p resolution. It is powered by a 1.3GHz Quad-core MediaTek processor and 1GB of RAM. It comes with 16GB of internal storage which can be further expanded up to 64GB via a microSD card. The smartphone runs on Android 7.0 Nougat and as mentioned earlier, is powered by a 5000mAh battery. In terms of camera, the Micromax Bharat 5 comes with a 5MP sensor and an LED flash for both the front and rear camera setup.

The latest Micromax offering goes up directly against the Xiaomi Redmi 5A which was launched yesterday. Similar to the Micromax Bharat 5, the Redmi 5A boasts of an optimised battery. The Redmi 5A is backed by a 3000mAh battery which Xiaomi says can last for up to 8-days on standby.

The 2GB RAM/16GB ROM variant of the Redmi 5A is priced at Rs 5,999, but Xiaomi is offering a discount of Rs 1,000 on the smartphone for their first 5 Million customers. This brings downs the 2GB RAM variant’s effective price down to Rs 4,999. The 3GB RAM/32GB storage variant of the smartphone is priced at Rs 6,999. You can read our first impressions of the Redmi 5A here.