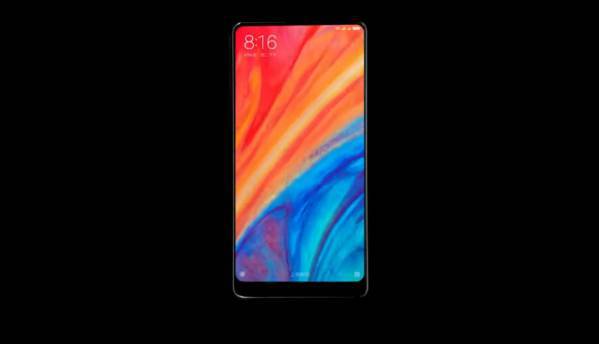 The company has briefly teased the upcoming Mi Mix 2S smartphone in a promo trailer of the Sci-Fi movie, Pacific Rim: Uprising.`

Xiaomi will unveil its Mi Mix 2S smartphone on March 27 and is leaving no stone unturned to build up the hype for it. The company has teased the smartphone at the tail end of the a new promotional video for the released Pacific Rim: Uprising Sci-Fi movie. Not much except a glimpse of the smartphone’s display is shown in the video and it seems quite similar to its predecessor, the Mi Mix 2, with the thin-bezel design.

The trailer was posted on YouTube and as the ongoing rumours suggest, it is seen without a notch on top, which was earlier speculated to house the front-facing camera. The device does have a considerable bezel size on the bottom and we might find the camera there. The company recently posted two new videos, hinting that the device might come with face unlock and AI-based scene recognition features. This could most likely be true as digging through firmware files, XDA Developers found hints that the Mi Mix 2S could feature a dual rear camera setup with AI based features. This was based upon an official watermark found in the files, which stated "Shot on Mi Mix 2S AI Dual Camera."

The Xiaomi Mi MIX 2S is also expected to come with Qi wireless charging support and it is confirmed to be powered by the Snapdragon 845 SoC. As per reports, the device could come with a 5.99-inch OLED Full HD+ display and sport up to 8GB RAM and 256GB internal storage. As mentioned above, the firmware leaks by XDA also point towards an absence of the the notch on top of the smartphone’s display. It could also feature ARCore, the new augmented reality platform by Google.