Meizu Pro 7 and Pro 7 Plus feature AMOLED displays on the front and rear. The secondary display can be used to check notifications, control music player or even turn the primary camera into a selfie camera. 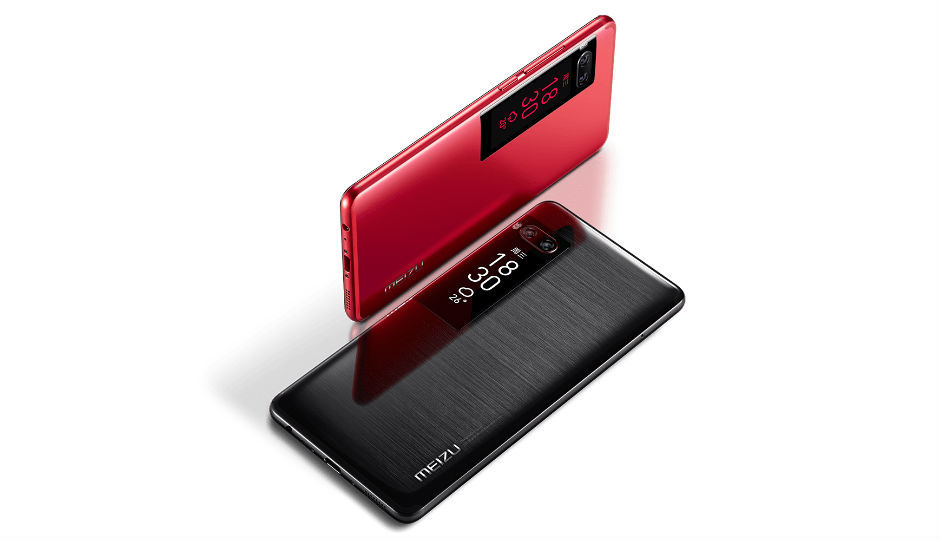 Chinese smartphone maker Meizu is planning to launch its flagship Pro 7 and Pro 7 Plus smartphones in India soon. The company has started teasing the launch of its Pro 7 series with the hashtag #BeAPro on Twitter. The smartphones were officially launched in China in July and will be the first major launch for the company here in a long time.

Meizu Pro 7 and Pro 7 Plus are two phones sporting an interesting smartphone design. The phones are equipped with Super AMOLED displays at the front and the rear. Meizu says the secondary display at the back can be used to check notifications, control music player or even turn the primary camera into a selfie camera. Meizu Pro 7 and Pro 7 Plus differ primarily in terms of display size, memory and battery capacity.

The Meizu Pro 7 and Pro 7 Plus feature 5.2-inch Full HD and 5.7-inch Quad HD Super AMOLED displays respectively. They also feature a rear-mounted secondary 2-inch AMOLED display with a resolution of 536 x 240 pixels. They both run Android 7.0 Nougat with the company's Flyme 6 UI tweaked to support the secondary display. The Meizu Pro 7 comes in two variants with the standard model getting an Octa-core Helio P25 chipset and the premium variant getting a deca-core Helio X30 chipset. The smartphones come with 4GB RAM and options for 64GB or 128GB internal storage. The Pro 7 Plus, on the other hand, is powered by the Helio X30 chipset and comes with 6GB RAM and options for either 64GB or 128GB storage.

It's time for you to become a Pro! Stay Tuned!#BeAPro pic.twitter.com/VWEOBoYgXH

On the camera front, the Pro 7 and Pro 7 Plus feature dual 12MP rear cameras with a setup similar to that of Huawei's flagship P series. It uses one colour sensor and another monochrome sensor, with the latter supporting low-light photography. The camera software also supports an option to shoot in manual mode. They also feature a 16MP front camera but Meizu believes most users will use the rear camera aided by the secondary display for selfies.

The use of dual AMOLED displays makes the Pro 7 and Pro 7 Plus unique, but they miss out on a bezel-less design. The handsets feature a front-mounted fingerprint sensor and include connectivity options like Wi-Fi 802.11ac, Bluetooth 4.2, GPS, NFC and USB Type-C port. They also features a 3.5mm audio jack with a dedicated audio processing chip for crisp audio.

The Pro 7 and Pro 7 Plus are backed by 3000mAh and 3500mAh batteries respectively and support for mCharge 4.0 - a proprietary fast charging standard that charge the device to 67 percent in just half an hour. The Pro 7 is priced at 2,880 Yuan (around Rs 28,500) for the base variant while the Pro 7 Plus carries a retail price of 3,580 Yuan (around Rs 35,000). The phones will mainly compete against the Xiaomi Mi Mix 2 and upcoming OnePlus 5T.