Meizu Pro 6 Plus is now official with Samsung Exynos SoC 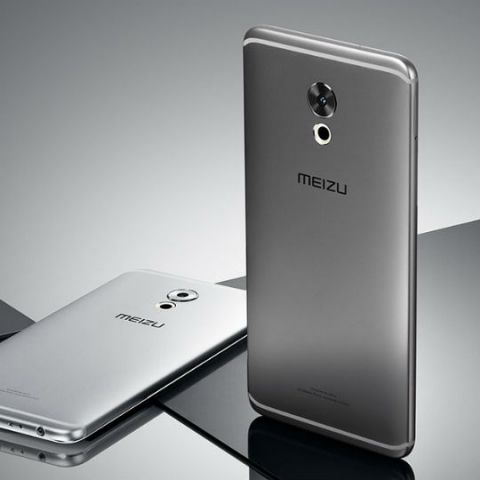 Meizu has unveiled Pro 6 Plus and M3X, its latest flagship and mid-range smartphones. Meizu Por 6 Plus is an upgraded and powerful version of its existing Pro 6 and Pro 6s smartphone.

Meizu Pro 6 Plus features a display bigger than the Pro 6 and Pro 6s already available in China. The smartphone features a 5.7-inch Super AMOLED display with a Quad HD resolution of 2560 x 1440 pixels. It looks like an oversized Samsung Galaxy S7 and supports pressure sensitive display similar to 3D Touch on iPhone. The display has a maximum brightness of 430nits and supports Always on functionality.

Meizu Pro 6 Plus doesn't just look like Galaxy S7 but it also has similar guts. The smartphone uses the same Exynos 8890 processor, clocked at 2GHz and 2.3GHz for the 64GB and 128GB model respectively. Both the models get 4GB RAM standard. Meizu Pro 6 Plus sports a 12MP main camera with Sony IMX386 sensor and optical image stabilisation. The sensor has an f/2.0 aperture and Meizu has added a 10-LED ring flash. The ring flash surrounds the laser autofocus. There is a 5MP selfie camera with f/2.0 lens.

Like Galaxy S7, Meizu Pro 6 Plus' home button also doubles up as fingerprint sensor. It supports Meizu's mTouch feature and acts a built-in heart rate monitor. The smartphone has a dedicated audio chip by ESS and comes with 3.5mm headphone jack despite being just 7.3mm thick. Meizu Pro 6 Plus houses a 3400mAh battery and weighs 158 grams. The smartphone uses USB-C port for charging and support fast charging.

Meizu Pro 6 Plus is the first device to run Flyme 6, the latest Android skin from the Chinese smartphone maker. Meizu says it brings over 400 new features. Meizu Pro 6 Plus is priced at 2,999 Yuan (approximately Rs 29,999) for the 64GB variant while the 128GB model is priced at 3,299 Yuan (approximately Rs 32,999) excluding taxes. The smartphone will be available in Gold, Deep Ash and Silver colour variants.