New information have surfaced courtesy Meizu’s VP, suggesting that Meizu might be developing a 3D Touch display. It is expected that the feature could make its way to the upcoming Meizu Pro 6 smartphone. Currently, only a few phone makers have used this technology on their devices. Apart from Apple, the 3D Touch/Force Touch display technology is featured on the Gionee Elife S8, and the top variants of Huawei’s Mate S and ZTE Axon Mini.

Meizu’s VP and chief architect of Flyme OS, Yang Yan, shared this screenshot, giving a glimpse of what Meizu is working on. The screenshot, shared on Weibo, reveals how Meizu might be implementing the 3D Touch input. Judging by the screenshot, Meizu might be going for similar implementation as Apple. This means that the display will pop up options or suggestive menus when pressed, while blurring the background. 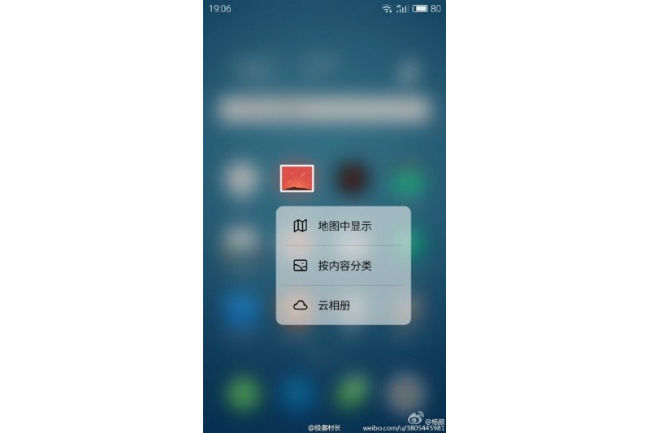 Meizu Pro is a new range of smartphones introduced last year with the Pro 5. It was powered by the Exynos 7420, the same SoC as used on the Samsung Galaxy S6, making it one of the most powerful phones at the time of launch. While the phone was expected to come to India early this year, Meizu had a change of plan later. The latest rumours state that Meizu might equip the Pro 6 with the latest Exynos 8890 SoC. The rest of the specifications, however, are yet to be known.