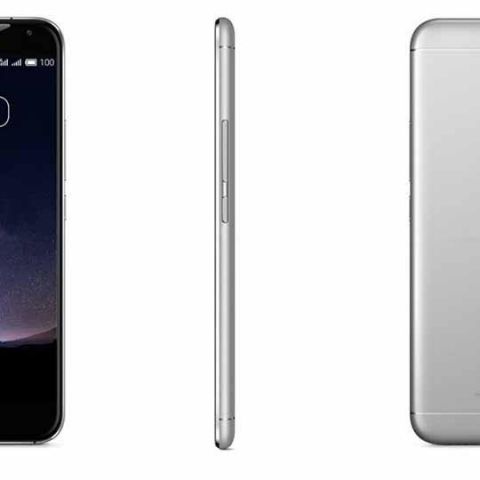 Meizu is reportedly planning to release a ‘mini’ version of its Pro 5 flagship smartphone. Although the company has not revealed any details about the device, a listing of the Meizu Pro 5 mini has popped up on a European retailer’s website. It has been priced at 359.99 EUR (Rs. 25,800 approx.).

According to the listing, the Pro 5 mini has a 4.7-inch Full HD display. It is powered by a deca-core MediaTek Helio X20 MTK6797 processor clocked at 2.5GHz. It has 3GB of RAM and 32GB of internal storage, which can be further expanded up to 128GB via microSD cards. There might also be a 64GB variant, with 4GB of RAM. The listing suggests that the Pro 5 mini will come equipped with a 16-megapixel primary camera and a 5-megapixel front-facing camera. Connectivity options include WiFi, Bluetooth 4.1, GPS, and a microUSB port. The dual SIM device is LTE-enabled, and houses a 3050mAh battery. It will run Flyme OS custom ROM, based on Android Lollipop v5.1. The device is expected to feature a fingerprint scanner, too.

The Pro 5 mini looks similar to the Meizu Pro 5, sporting a metallic build. The Pro 5 was released in China in September. It has a 5.7-inch display with FHD resolution and features an Exynos 7420 SoC with Mali T760 MP8 GPU. It is available in two variants, one with 3GB LPDDR4 RAM and 32GB storage, and another with 4GB RAM and 64GB storage. It packs a 21MP Sony IMX230 primary camera sensor, as well as a 5MP front shooter. It also features a fingerprint scanner and the USB Type-C port. The Meizu Pro 5 has a 3050mAh battery, and supports Quick Charge 2.0.

The Meizu Pro 5 mini is expected to be released in the first half of 2016. If it indeed ships with the listed specifications, the 360 EUR price tag may not be too far off the mark. However, in the absence of any official confirmation from Meizu, these are all speculations. The bigger Pro 5 isn’t supposed to launched in India until 2016 as well.