The budget handset will come with a MediaTek quad-core processor, 2GB of RAM, 16GB of internal memory, and packs in a 13MP rear camera 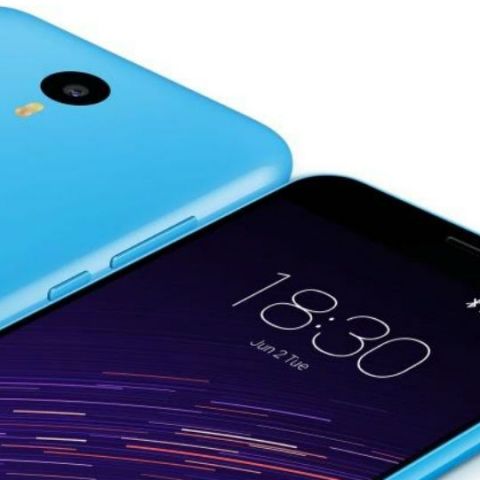 Meizu has launched the budget m2 smartphone in India for Rs. 6,999. It will go on sale from October 12. The phone will be available exclusively via Snapdeal, the registrations for which have begun today. Earlier, it was being speculated that the phone will be sold via Amazon. 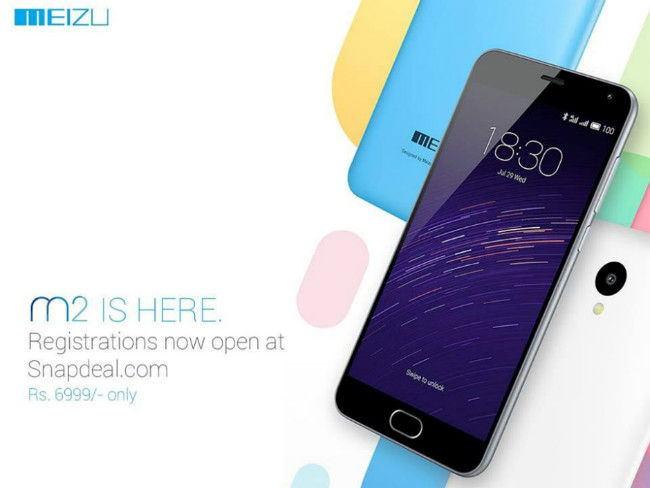 The Meizu m2 has a 5-inch 720p HD screen, with AGC Dragontrail glass, having a contrast ratio of 1000:1. Powering the device is a 64-bit quad-core MediaTek MT6735 SoC, coupled with 2GB of LPDDR3 RAM.  It runs Meizu’s proprietary Flyme OS 4.5, based on Android v5.1 Lollipop.
It features 16GB of Samsung’s eMMC 5.0 flash memory, which can be further expanded up to 128GB via microSD cards. The phone comes equipped with a 13-megapixel Samsung CMOS sensor for the primary camera with a 5-element lens module and a large f/2.2 aperture. There is also a 5-megapixel front camera that supports FotoNation 2.0 software for selfie enhancement.

The phone is 4G enabled, with support for FDD-LTE and TDD-LTE network types. It has dual-SIM slots, where the primary SIM slot also doubles up as the microSD card slot. It also features dual band WiFi, Bluetooth 4.0, micro-USB port, GPS, A-GPS, alongside an IR proximity sensor and digital compass.The product listing on Snapdeal mentions that the Meizu m2 has a 2500mAh battery with SONY/ATL cells. It is expected to last 23 hours on 2G phone call, 10 hours on 4G surfing and 680 hours of standby time. It has a polycarbonate unibody design weighing in at 131 grams.

On Monday, Meizu announced the phone in India, stating, “By launching the m2 in India, Meizu is committed to setting the benchmark for customer satisfaction by offering them the best technology, design and superior user experience integrated into one unit- The Meizu m2,”

The phone will be directly competing with the likes of the YU Yuphoria and Xiaomi Redmi 2 Prime.