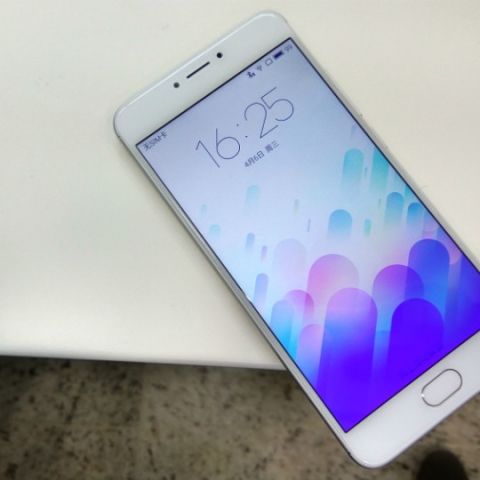 Meizu will be launching its Xiaomi Redmi Note 3 competitor, the Meizu m3 Note, on May 11. The upcoming smartphone packs in a large battery in a thinner form factor, as compared to the Redmi Note 3. The device was launched earlier this month in China in two variants, with prices starting at CNY 799 (approx. Rs. 8,200) for the 2GB variant, and CNY 999 (approx. Rs. 10,300) for the 3GB one. We have no confirmation as of now if Meizu will be bringing both the variants to India, or just one.

The Meizu m3 Note will be third phone in the Meizu’s Note series, and will replace the m2 note, which became our best budget smartphone for 2015. The new smartphone offers a similar 5.5-inch display, but now uses an LTPS panel instead IGZO panel. The screen resolution is still 1920x1080 pixels. The Meizu m3 Note is powered by a MediaTek Helio P10, a new octa-core SoC from MediaTek. It is paired with Mali-T860MP2 GPU. The device was originally launched in two variants, one with 2GB of RAM and 16GB of storage, and one with 3GB of RAM and 32GB of storage. However, we are not sure whether Meizu will be bringing both these variants to India.

The smartphone features a 13MP rear camera that supports phase detection autofocus and is aided by a dual-LED flash. At the front, the device sports a 5MP camera for your video calls and selfies. The biggest update is in the form of the battery, which is now 4100mAh, and the company claimed 17 hours of battery life at its launch in China. Keeping up with the trend, the phone houses a fingerprint scanner at the front which doubles as a home button.