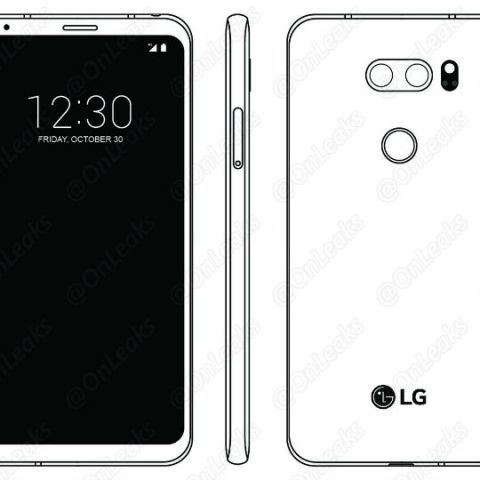 LG V30, the next flagship smartphone in the company's V series will be launched on August 31. The handset's leaked schematics suggest it will be a larger version of the G6 and won't offer a secondary display seen on the company's previous V series smartphones. Now, a new report from Android Authority that V30 won't feature a secondary display but instead offer a floating bar.

It is not clear what purpose the floating bar will serve but it is seen as the software replacement for the secondary screen available on the V10 and V20. According to people familiar with the development, the floating bar will offer quick access to shortcuts and notifications. A small unique screen on top of LG's V10 and V20 helped the company differentiate it from company's G series flagship.

In terms of specifications, LG V30 is said to feature a 6-inch Quad HD+ Full Vision OLED display with support for HDR 10 and Google's Daydream VR platform. The handset will be powered by Qualcomm's Snapdragon 835 chipset and feature metal and glass construction similar to the G6.