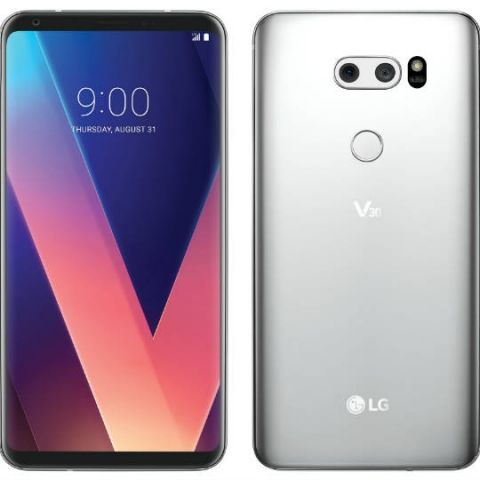 The LG V30 has once again leaked in the form of renders, giving us our best look yet at the upcoming flagship. Tipster Evan Blass has posted renders of the LG V30 that show the front, rear and sides of the device. It is evident that LG is sticking to the now tested metal and glass unibody design first seen on the G6, announced in February this year. While the V30 seems to match the G6 in terms of materials, it will differ with its front and back, which are slightly curved for a more seamless appearance. The leak also shows the dual rear camera setup with a LED flash and rear fingerprint sensor. The volume rocker is expected to be placed at the left, while the SIM card slot will be on the right.

LG has already detailed some of the features of its next flagship smartphone. The V30 will be announced at the company's pre-IFA event on August 31 in Berlin. The smartphone will be the first LG device to sport a P-OLED display. The Full Vision OLED display on the V30 will offer a Quad HD+ resolution of 2880 x 1440 pixels, with support for 109 percent of the DCI-P3 colour gamut. The display will also support HDR 10 for better contrast while watching compatible movies and streaming video content.

The handset will be powered by Qualcomm's Snapdragon chipset coupled with 4GB RAM and an option for either 64GB or 128GB storage. It is expected to run Android 7.1.1 Nougat and LG has confirmed its plan to ditch the secondary display in favour of an always-on display mode and software-based floating bar. The biggest attraction, however, is expected to be the new dual rear camera setup.

The LG V30 will sport dual 13MP rear camera with the primary sensor having f/1.6 aperture, largest aperture yet on a smartphone camera. LG says that the wider f/1.6 aperture coupled with optical image stabilisation will lead to better low-light images as well as better colour reproduction. The secondary sensor on the rear camera will be a wide-angle lens with f/2.4 aperture. It remains unclear whether LG is following HTC and Apple to ditch the 3.5mm headphone jack. The LG-made Google Pixel 2 is also said to ditch the proprietary audio port and the V30 is expected to go on sale in September in blue, black and white colour options.