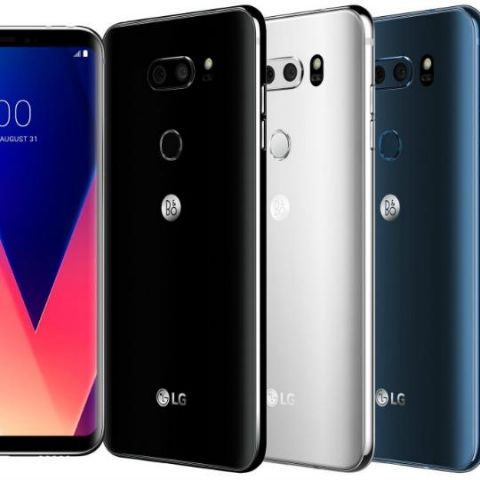 LG has finally taken the covers off of its latest flagship smartphone, the LG V30. The device has been making a lot of buzz since some time and we finally have all the specs and other details about its features.

Let’s kick things off with the specs of the device. The LG V30 features a Qualcomm Snapdragon 835 chipset. It comes with a 6-inch OLED QuadHD+ FullVision display with a resolution of 2880x1440p and an 18:9 aspect ratio. LG has shrunken the bezels on the phone to quite an extent and the device has rounded corners. The back of the V30 is covered by Corning Gorilla Glass 5.

The V30 features 4GB of LPDDR4 RAM along with two storage options - 64GB and 128GB, expandable upto 2TB with a microSD card. The entire package is powered by a 3,300mAh battery and the device runs Android Nougat 7.1.2 out of the box. LG has promised that the V30 will be getting the Android Oreo update in the near future.

Instead of the dual displays, the LG V30 houses an Always On display with a floating bar. Then again, this was already known as the company had confirmed the same previously. The AOD can be used to access shortcuts and the floating bar can be customised to house 5 frequently used apps at a time.

In the camera department, the V30 sports a horizontal dual rear camera setup with Gorilla Glass 4 protection as expected. It has a 16MP+13MP dual cam setup at the back and is the first flagship smartphone to feature f1.6 aperture camera lens to let in more light. The 16MP camera features the f1.6 aperture, while the 13MP wide angle camera has a 120 degree angle of view, f1.9 aperture. At the front of the LG V30 is a 5MP wide angle front camera with f2.2 aperture and 90 degree field of view. The construction of the cameras on the upcoming LG V30 has also been modified to include a glass lens, which will produce sharper, brighter and lifelike images, says LG. The company also claims that compared to conventional plastic lenses, the glass lens on the V30 will transmit visible light at a higher rate to produce better details at power with DSLR cameras.

The LG V30 is also a Google Daydream ready device and will support the VR functionality straight out of the box. The company has customised the Google Assistant for the LG V30 and users will be able to instruct the AI companion to take wide-angle selfies using its camera. Further, LG claims that it has used advanced signal processing so “Ok Google” commands can be heard by the device even while playing loud music. The new smartphone also features voice recognition for unlocking the device using pre-fed keywords, facial recognition for unlocking the device using the front-facing camera as well as a fingerprint sensor. The traditional knock knock, and PIN options are also included for unlocking the device. 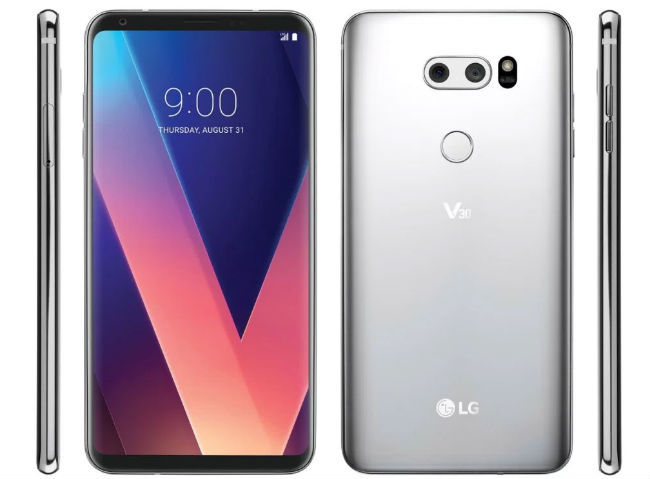 The price and availability of the LG V30 is not known yet.