LG V30 will be officially announced at an event in Berlin on August 31. The smartphone is the first flagship from LG to sport an OLED display and will compete against Samsung's Galaxy Note8. 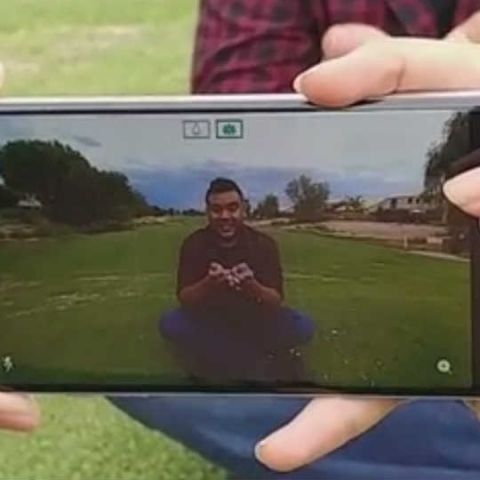 LG V30, the first smartphone from the South Korean company with an OLED display has leaked once again. The company reportedly teamed up with HitRecord to give early testers access to its upcoming flagship and create their own content with the device. The content was supposed to be posted on a closed forum but those submissions got leaked, giving a closer look at LG's V30.

The images of the handset first spotted by Droid Life closely resemble the CAD renders that leaked a few week back. The smartphone is similar to the company's G6 flagship in terms of design and switch from LCD to OLED being the only major differentiator. The leaked images show the 6-inch Full Vision display with rounded corners and bezels seem to have been minimised further.

LG recently confirmed its switch to OLED panels for the company's next flagship smartphone. While it did tease the lower half of the device, this new leak is the most convincing look yet at the device. The photos also show a glass back panel with V30 branding and a dual camera setup similar to LG's previous smartphones. There is also a fingerprint sensor at the back placed below the camera setup. A leaked render recently suggested that the V30 will be the first smartphone to feature f/1.6 aperture.

LG V30 is tipped to use Qualcomm's latest Snapdragon 835 chipset coupled with 4GB RAM and 64GB storage. The smartphone is said to ditch secondary display found on previous V-series devices in favour of a floating bar. The handset has already appeared on GeekBench benchmarking platform confirming most of these specifications. LG has confirmed August 31 as the launch date for its flagship V-series launch in Berlin. The launch is happening just a week after the launch of Samsung's Galaxy Note 8 in New York and its shaping up to be company's best bet yet to compete with its Korean rival.