LG V20 to launch in India on December 5 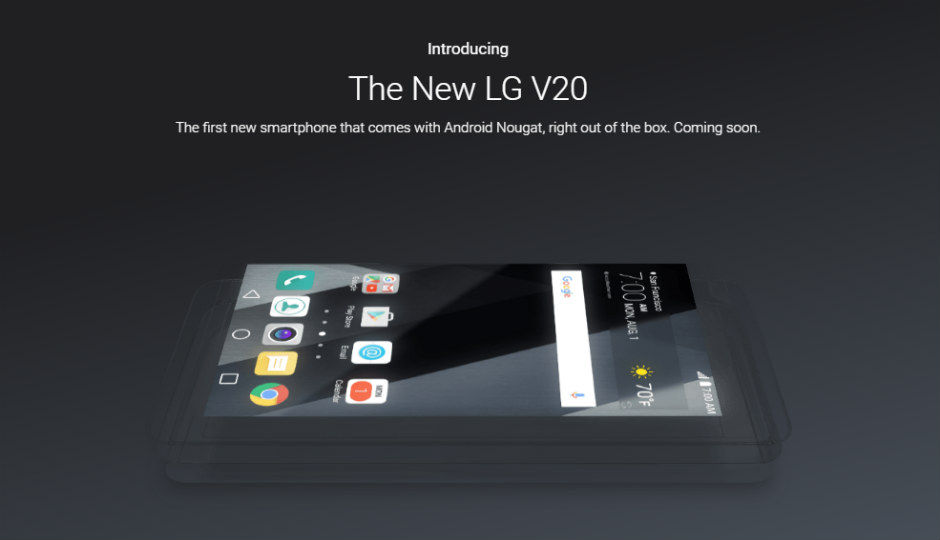 LG V20 to launch in India on December 5

LG V20, the successor to V10 will launch in India on December 5. LG has started sending out media invites for the launch event. Recently a Mumbai-based retailer announced plans to start selling the device from Thursday at Rs 54,999.

LG V20 is the second flagship smartphone from the Korean smartphone maker this year. LG V20 combines the goodness of V10 with the design of G5. LG V20 features a 5.7-inch IPS LCD display with a Quad HD resolution of 2560 x 1440 pixels. The smartphone also offers a secondary 2.1-inch display with 160 x 1040 pixels. The secondary display can be used to pin frequent apps and access notifications on the go.

LG V20's claim to fame has been the fact that it was the first device to come with Android 7.0 Nougat out of the box. In fact, LG V20 was introduced even before Google's Pixel announcement. LG V20 is powered by Qualcomm Snapdragon 820 processor aided by 4GB RAM and option for 32/64GB storage.

LG V20 comes is the first ever smartphone to include 'Quad DAC' promising better audio output than standard smartphones. The device is backed by a 3200mAh battery and it is removable unlike anhy other flagship device in the market.

Mumbai-based retailer Mahesh Telecom had listed the device at the best buy price of Rs 54,999 and regular retail price of Rs 60,000. While we don't know the exact price, LG V20 will certainly compete against the likes Google Pixel and Apple iPhone 7 series.