LG has officially unveiled the F5 and F7 ahead of MWC. Both the devices run on Android 4.1 Jelly Bean and support a 1.3MP front facing camera. 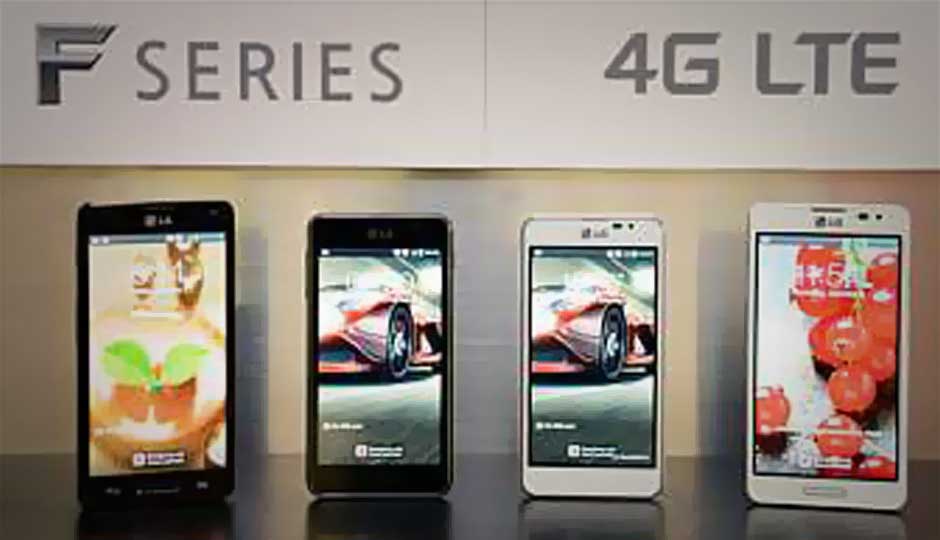 LG has officially announced the details of the Optimus F5 and F7 smartphones ahead of the MWC. The F7 is the larger of the two devices. It has a 4.7-inch (312ppi) True HD IPS display. Under the hood, a dual-core 1.5GHz CPU and 2GB of RAM power the device. The rear of the device has an 8MP camera where as the front has a 1.3MP camera for video calling. A 2,540mAh battery powers the smartphone. It has 8GB built-in storage expandable via a microSD card and runs on Android 4.1.2 Jelly Bean. The F7 is quite slim at 9.7mm thickness.

The F5 on the other hand shows off a 4.3-inch (256ppi) IPS display. Under the hood, a dual-core 1.2GHz CPU and 1GB of RAM power the device. The rear of the smartphones houses a 5MP camera, 1.3MP front camera and a 2,150mAh battery powers it. The F5 too runs on Android 4.1 Jelly Bean. The F5 has 8GB built-in storage expandable via a microSD card. Both the devices support 4G LTE connectivity.

The Optimus F5 is expected to hit store shelves in Q2 2013 in Europe first the F7 is expected to be launched in selective markets. No pricing for either of the devices was revealed.

The devices will include advanced UX features such as the upgraded QSlide and Live Zooming, previously only available in LG’s premium devices.

The upgraded QSlide allows users to open two apps at the same time, both in full screen mode. Users can change the size, position and transparency of QSlide apps according to their preferences. Functions now compatible with QSlide include video, browser, memo, calendar and calculator.

“LG continues to lead the industry with 4G LTE innovation and the Optimus F Series, a well-balanced an well-equipped 4G LTE smartphone for the mass market, embodies the best of our broad LTE patent portfolio and innovative UX features,” said Dr. Jong-seok Park, president and CEO of LG Electronics Mobile Communications Company. “With adoption of LTE expected to explode in 2013, we are sending a clear message to consumers with the Optimus F Series that LTE isn’t just for heavy content users and techies anymore. It’s for everyone.”