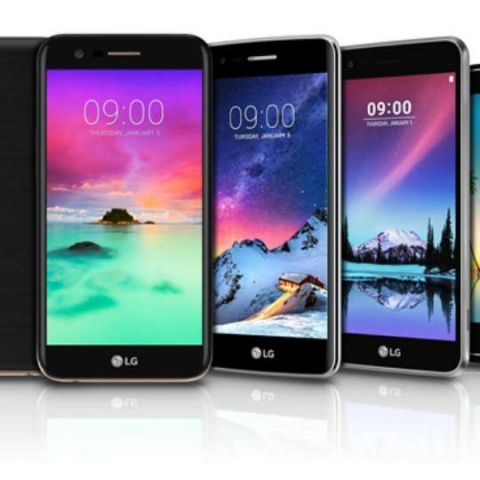 LG has sent out press invites for an event scheduled in India on February 22. If the hint on the invite is anything to go by, then it looks like LG will launch its revamped K series smartphones at the event. The company is expected to launch four devices under the K series in 2017 - K3, K4, K8 and K10.

Ravi Shankar Prasad, Union IT Minister will be the chief guest at the event, so we think there may be talks of Make in India as well. LG first announced plans of K series refresh in December 2016, ahead of CES 2017.

The LG K10 (2017) sports a 5.3-inch HD display and is powered by MediaTek's MT6750 SoC coupled with 2GB RAM and 32GB storage. It features a 13MP main camera and a 5MP secondary camera, weighs 142 grams and houses a 2800mAh battery. The LG K10 also runs on Android 7.0 Nougat, the latest flavour of Android, and includes a fingerprint sensor.

On the other hand, the LG K8 is a smaller device with 5-inch HD display, but gets the Qualcomm Snapdragon 425 SoC under the hood. The smartphone comes with 1.5GB RAM, 16GB storage and a combination of 13MP and 5MP rear and front cameras, respectively. The LG K8 also runs on Android 7.0, and is backed by a 2500mAh battery.

LG's K3 and K4 are the entry-level smartphones in the 2017 K series. The devices offer 4.5-inch and 5-inch displays with FWVGA resolution. Both phones are powered by Snapdragon 210 SoCs with 1GB RAM and 8GB internal storage. The smartphones differ only in terms of camera configuration and battery capacity.

The LG K3 features a 5MP rear camera and 2MP front camera, while the K4 sports a combination of 5MP front and rear cameras. The two phones house 2100mAh and 2500mAh batteries, respectively.