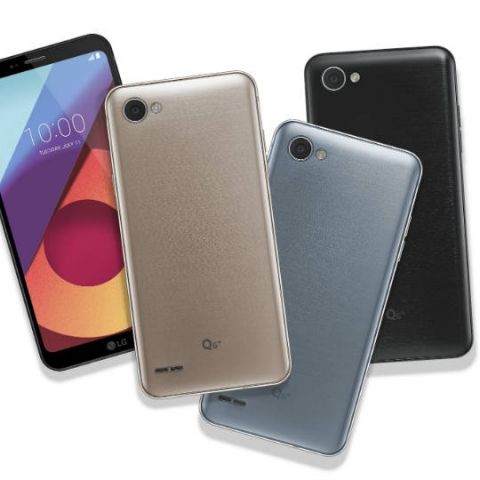 LG Q6+ is the latest offering from LG which is essentially a souped-up variant of the recently released LG Q6. The Q6+ comes with 4GB RAM and 64GB internal storage which is the main difference between the recently launched Q6. The LG Q6 was launched with 3GB RAM coupled with 32GB of internal storage. LG Q6+ is priced at Rs 17,990 and is available via retail outlets.

In terms of specifications, the LG Q6+ sports a 5.5-Inch 18:9 Full HD+ FullVision Display with a resolution of 2160 x 1080 pixels. The smartphone is powered by a Qualcomm Snapdragon 435 Mobile Platform and sports 4GB RAM, paired with 64GB of internal storage. The Q6+ has a 13MP rear standard angle camera with autofocus and LED flash, while it sports a 5MP front camera for 100-degree wide-angle selfies. The Q6+ too skips on the fingerprint sensor, similar to the Q6, but supports facial recognition for unlocking the device. The smartphone is powered by a 3000mAh battery and will be available in Astro Black and Ice Platinum colour options.

LG had announced three smartphones as a part of its Q6 series in South Korea, the LG Q6, Q6+ and the Q6a. The company first released the mid-range Q6 in India and now the topmost variant Q6+ has been launched as well.

LG has been incorporating its FullVision Display since in its smartphones since it debuted in the LG G6. A recent report indicated that LG will be manufacturing its OLED displays for Xiaomi, Huawei, Oppo, and Vivo as well. According to the report, LG’s OLED displays are said to start shipping by early 2018. Another report revealed that Google’s upcoming flagship smartphone, the Pixel 2 XL will be manufactured by LG.