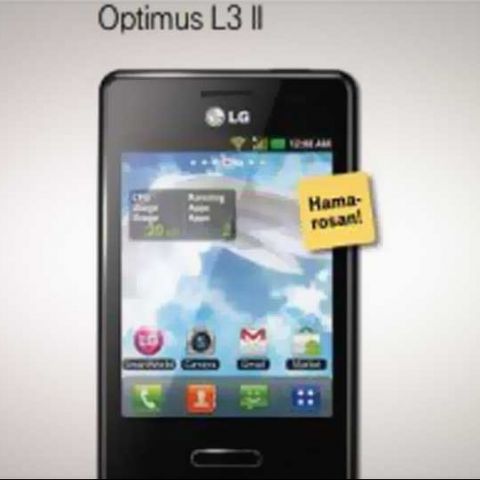 The forthcoming Mobile World Congress 2013 event is set to see some major announcements from LG. The company has already hinted at launching a new series of smartphones at the event. LG is also being rumoured to showcase several upgraded versions of its flagship devices.

According to reports, the new smartphones that are going to be showed off at the event are the trio of second gen Optimus L-series – L3 II, L5 II and L7 II. The three smartphones are likely to have hardware upgrades over their predecessors while retaining the original design.

First up is the LG Optimus L3 II. The device, considered to be an entry-level one, will have 1GHz processor and improved IPS display panel, with same size resolution. The camera will be bumped up to 5MP, from 3.2MP in the older version. You can read more about the original Optimus L3 here.

The LG Optimus L5 II will have a 1GHz Cortex-A9 CPU and PowerVR SGX531 GPU, a major update from the 800MHz Cortex-A5 silicon of the first generation. The device is likely to have a 4-inch WVGA unit, and run Android 4.1.2 Jelly Bean straight out-of-the-box.

The original LG L5 hasa 4-inch TFT LCD capacitive Touch HVGA display with resolution of 320 x 480 pixels. The device is equipped with NFC as well as Bluetooth 3.0. The rear of the device houses a 5MP camera. The L5 has 4GB internal storage expandable up to 32GB via a microSD card. Read more about the LG L5 here.

LG had a successful run with its L-series smartphones in 2012 with the the company posting more than 10 million sales worldwide for the series.