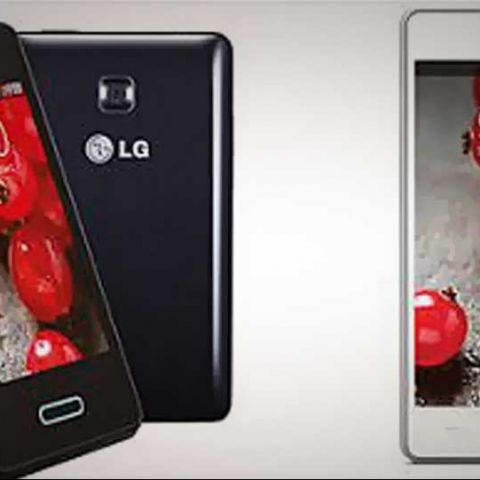 LG is working on diversifying its L series of smartphones for the Indian market. The latest offerings are the single-SIM variants of the Optimus L5 II Dual and L3 II Dual, called the L5 II and and L3 II. These two smartphones have been spotted at online shopping website Infibeam, priced at Rs. 10,499 and 7,199 respectively. The L3 II Dual was priced at Rs. 7,899 when it launched early last month.

Notably, LG has not launched the Optimus L5 II Dual in India yet (though it is listed online for 11,499), only the L3 II Dual and L7 II Dual. The single-SIM variant of the L7 II Dual has also not yet been launched in the country. Both the new handsets (L3 II and L5 II) have the same specifications as their dual-SIM counterparts, the only difference being the lack of an extra SIM card slot.

The LG Optimus L3 II has a 1GHz processor along with 512MB of RAM. The OS is skinned with LG Optimus 3.0 UI. The smartphone is slim at 11.9mm thick, and it weighs 107 grams. It has a 3.2-inch True IPS display with a QVGA resolution.

The rear of the Optimus L3 II has a 3MP camera. It also supports Wi-Fi, A-GPS, and Bluetooth 3.0. It has 4GB built-in storage of which a mere 1.75GB is available to the user but the storage can be expanded up to 32GB via a microSD card. Users also get 50GB of cloud storage via Box. A 1540mAh battery powers the entire package, which LG claims will last users for 7 hours of talk time and 460 hours of standby time.

The Optimus L5 II is an Android 4.1 Jelly Bean smartphone with a 4-inch IPS display that has a resolution of 480x800 pixels. The phone is powered by a dual-core 1GHz Mediatek MT6575 processor and a PowerVR SGX531 GPU and comes with 512MB of RAM and 4GB of built-in storage while also supporting microSD cards up to 32GB.

Imaging is taken care of by a 5MP camera with LED flash and in terms of connectivity, the Optimus L5 II supports Wi-Fi, 3G and Bluetooth. The phone also has a 1700mAh battery.