These are good times for LG's smartphone division. Its top-of-the-line Nexus 4 Android smartphone is the phone to buy, currently, and its close cousin - the Optimus G - remains equally coveted. And while LG’s premium smartphones are in heavy demand, the c 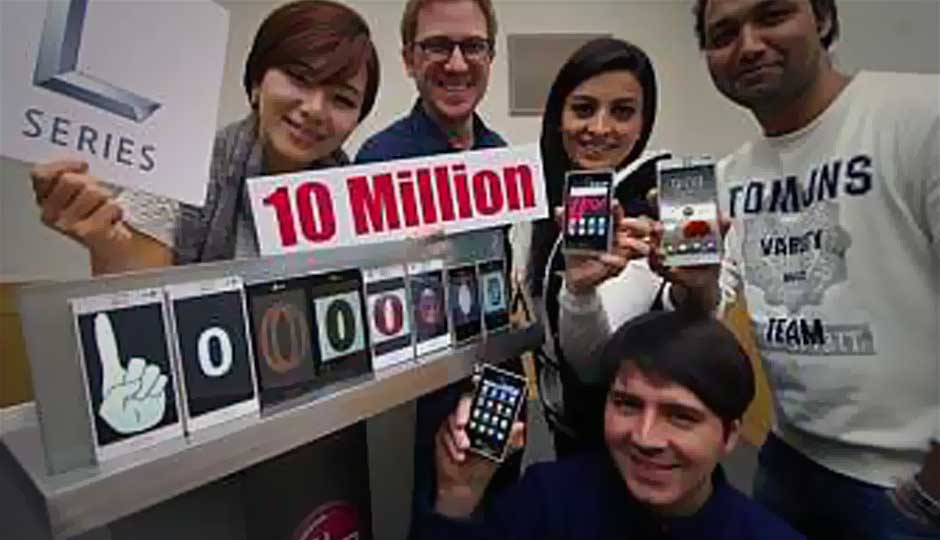 These are good times for LG’s smartphone division. Its top-of-the-line Nexus 4 Android smartphone is the phone to buy, currently, and its close cousin – the Optimus G – remains equally coveted. And while LG’s premium smartphones are in heavy demand, the company’s highlighting the success of its Optimus L-series smartphones, which LG claims has crossed the 10 million mark in global sales.

Launched at this year’s Mobile World Congress, the LG Optimus L3, L5, L7, and the LG Optimus L9 are the four smartphones that make up LG’s Optimus L-series offerings in the market. While we still wait for news on the Nexus 4 launch in India, LG did launch some of the Optimus L smartphones in India this year – the LG Optimus L3 and L5 were launched in July. So, yes, India has contributed to the 10 million global sales achievement, although LG didn’t exactly reveal the number of units sold in different regions.

Apart from selling in 50 markets worldwide and sporting distinctive design elements, LG drew attention to some of the reasons why the Optimus L-series smartphone has been this successful. Apart from offering large displays, ranging from 3.2 inch to 4.7 inch, the LG Optimus L-series smartphones have proprietary interface features like QuickMemo and QTranslator – the former lets you capture and share a note with other users of the app, while the latter lets you translate words and sentences into 64 foreign languages.

"This milestone demonstrates the importance of delivering smartphones with stylish design, comparative size of display and enhanced UX features," said Dr. Jong-seok Park, President and CEO of LG Mobile Communications Company. Mr. Park also reiterated LG’s strategy going forward, which is to develop mobile products for all types of customers according to their individual needs and lifestyles, and not be constrained by a one-size-fits-all phone approach.

LG’s trying to regain lost ground and challenge the might of Samsung in the Android smartphone marketplace, and this is a good sign of things moving in the right direction. However, any sort of celebration will be premature, as Samsung has sold more than 30 million units of its Galaxy S III handset alone.