Before the MWC 2013 begins, LG is gearing up with the reveal of three devices. All the three smartphones were rumoured and are now confirmed by LG. 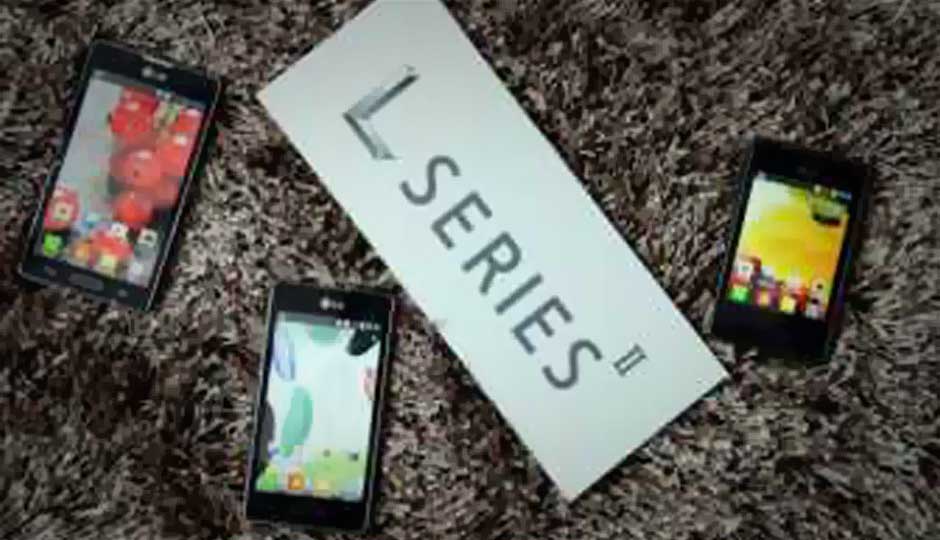 Before MWC 2013 begins, LG is gearing up for the reveal of three devices. All the three smartphones were rumoured and are now confirmed by LG. All the devices are a part of LG’s L Series II - the L7II, the L3II and the L5II.

Apart from the 4.3-inch WVGA display, the L7II also boasts of dual-SIM capabilities. It also has an 8MP camera with an LED flash and a front facing VGA camera. A 1GHz dual-core Qualcomm MSM8225 processor along with 768MB of RAM powers the device. It has 4GB built-in storage expandable via a microSD card. It also has a 2460mAh battery. It also runs on Android 4.1 Jelly Bean.

“LG has a history of pushing the envelope when it comes to style and Optimus L Series II builds on this heritage of design innovation,” said Dr. Jong-seok Park, president and CEO of LG Electronics Mobile Communications Company. “By evolving the so- phisticated style and premium features of the original Optimus L Series, its sequel is expected to continue the popularity of the L Series around the world.”

The LG Optimus L7II is expected to debut in Russia this week where as the L3II and the L5II are slated as coming soon devices.

Earlier on we had seen leaks which hinted at the L7 II. You can take a look at that story here.