Images of the LG G3S have been leaked online, rumored to be LG G3 Mini dual SIM. 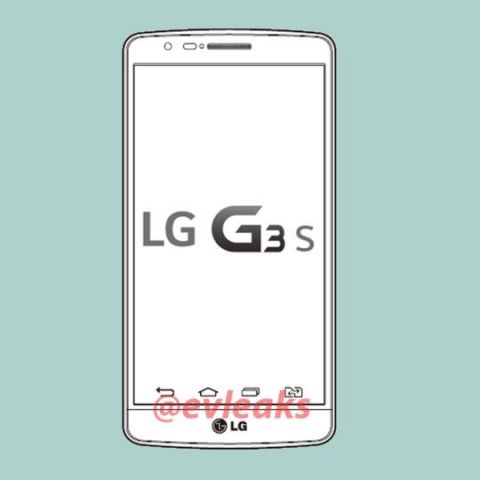 Rumors of the LG G3 Mini have been making the rounds for some time. Now images of a new device called the LG G3S have come up which may be the LG G3 Mini variant with dual-SIM functionality. According to rumors the LG G3 Mini will be a mid-range smartphone similar to the LG G2 Mini.

The images have been posted by leakster @evleaks who mentions that the device is an LG G3 Mini variant with dual-SIM feature. The images look quite similar to LG's flagship smartphone the G3. No other details have been mentioned with this leak.

Earlier rumors had suggested that the LG G3 Mini may be launched as the LG G3 Beat. LG revealed the G3 Beat in China at a trade exhibition this week. The phone looks similar to the G3, it has a 720 pixels resolution instead of a 2K display like the LG G3. The smartphone is powered by a 1.2GHz Snapdragon 400 CPU coupled with 2GB of RAM. It has 16 GB internal memory expandable via microSD card slot. The device has an 8 MP rear camera as well as a front camera. LG announced that the device will be  available via China telecom at around $400 (Rs. 24,000 approx.).

LG G3 Mini is a smaller version of the LG G3 which has a 5.5 inch True HD-IPS + LCD capacitive touchscreen with 1440 x 2560 pixels resolution and 534 ppi pixel density. It has 3GB of RAM and expandable memory up to 128 GB. Connectivity options included are GPRS, EDGE, 3G, Bluetooth and WiFi. The smartphone has a 13 MP rear camera with dual-LED flash and a 2.1 MP front camera. The LG runs on the latest Android v4.4.2 (KitKat) and has a quad-core 2.5 GHz Qualcomm snapdragon processor.