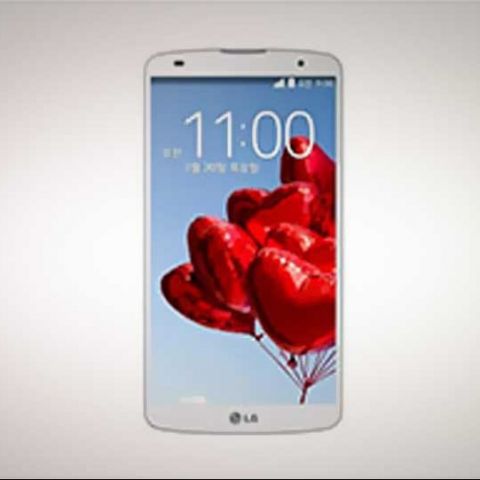 LG has launched its new G series device -- G Pro 2 – in Korea market. The G Pro 2, follow up to the LG G Pro launched last year, is scheduled to make its official global debut at the MWC 2014.

The LG G Pro 2 features 5.9-inch full HD IPS display along with a bezel of 3.3mm. It runs Android 4.4 KitKat out-of-the-box and is powered by a 2.26 GHz quad-core Qualcomm Snapdragon 800 processor along with 3GB DDR3 RAM.

The handset comes with a sound boost over the previous version. LG claims its 1W Hi-Fi sound is 30 percent louder than in the G Pro delivers clearer sound with more powerful bass.

The phone will be offered in Red, White, and Titan.

Among the main highlights of the LG G Pro 2 is the new Knock Code feature that is supposed to make unlocking and using the G Pro 2 easier.

“Knock Code is an example of LG bringing simpler, more convenient solutions to consumers’ mobile lives,” says Dr. Jong-seok Park, president and CEO of LG Electronics Mobile Communications Company. “Whereas in the early years of smartphones it was a contest to see how many features could be stuffed into the phones, our researchers took a long, hard look at how consumers were really using their devices in their daily lives and included just the most useful UX features. We think customers will agree.”

You can check out more details about the new LG smartphone here.

So far, there's no official word on the pricing of the smartphone or global availability.