The phone is able to shoot macro photos from as close as 2.39 cm from the object. 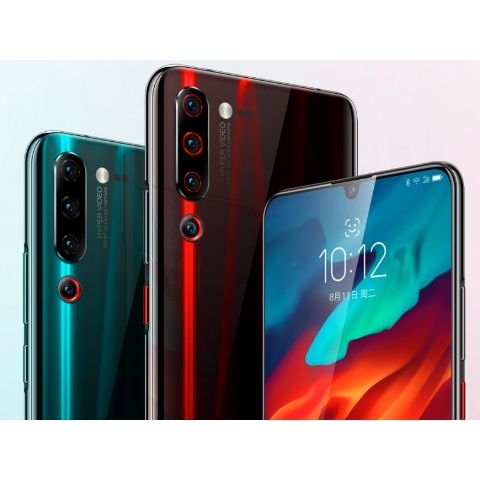 Lenovo has been teasing the Lenovo Z6 Pro on social media since a long time and now, the company has finally launched the smartphone in China. Just a few hours ahead of the official launch, Chang Cheng, Vice President of Lenovo Group, had shared the key specifications of the handset in a Weibo post. The Lenovo Z6 Pro is a flagship device that centres around a new camera technology called Hyper Vision which lets the phone shoot Hyper Videos. Lenovo, however, was successfully able to keep the nitty-gritties of the tech under wraps.

The Lenovo Z6 Pro has a 6.39-inch near-edge-to-edge AMOLED display with waterdrop notch that houses the front camera. Lenovo says that its display supports HDR10 and has got an eye protection (safety for eyes based on blue-light hazard) international certification from Germany-based firm VDE. The phone comes with a DC Dimming feature, which is basically a feature that automatically adjusts (dims and lightens up) the brightness of the phone’s display according to the ambient environment. The technology uses a DC current to control the output, that is, if the voltage goes up, the display will emit more light and vice-versa. DC dimming is one of the most effective way to reduce the low-brightness strobe. The back panel of the phone is claimed to have 17-layer 3D streamer colour coating, and the phone is available in Red and Blue colours. 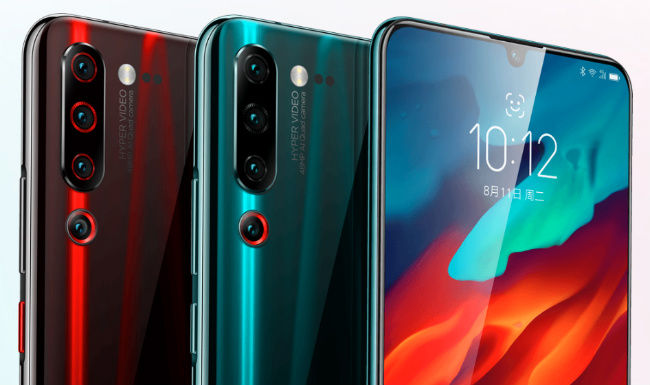 The phone comes with a sixth-generation photoelectric in-display fingerprint sensor, which is claimed to unlock the device in 0.13 seconds. Lenovo says that users can unlock the phone even if their hands are wet. The phone retains the 3.5mm jack and uses a Type-C post for charging. The phone runs on ZUI 11 based on Android 9.0 Pie. As mentioned, the 4G phone is powered by the flagship Qualcomm Snapdragon 855 mobile platform clocked at 2.84 Ghz, along with up to 12GB of LPDDR4 RAM, and up to 512GB storage. The company says it has a PC-like cooling system to keep the temperature of the phone in check. The phone draws power from a 4000mAh battery, which comes with a 27W safe fast charging support and phone also offers reverse charging feature that was recently seen in the Galaxy S10 devices. 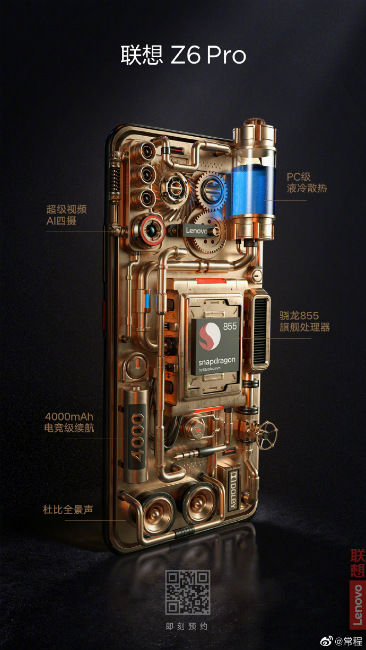 Lenovo Z6 Pro’s USP is its camera. On the front is a 32MP shooter, which Lenovo claims, is best suited for V-loggers. On the back, the device has a vertically aligned camera module in the top left corner, and the quad camera setup consists of a 48MP + 16MP + 8MP and 2MP sensors. The company has been marketing the camera with ability to shoot Hyper Videos. Basically the camera has several AI modes to shoot videos and the entire system is dubbed "Hyper Videos". The 48MP main sensor is used to click regular photos, the 16MP sensor comes with an 125 degree ultra-wide lens, the 8MP sensor is used for clicking macro shots, and the fourth sensor has a 2.9μm large pixel size to shoot well-lit images.

Lenovo has named the different AI-assisted shooting modes according to their specific functions, like super sports, super night scene, super macro, and super wide angle. The super sports offers a an eight-way optical image stabilization (OIS), six-axis gyroscope to mitigate any shakes while recording, and PDAF. The super night scene mode uses the 2.9μm large pixel to deliver well-lit images in the low-light conditions. The super macro mode lets users shoot an image from as close as 2.39cm from the object.