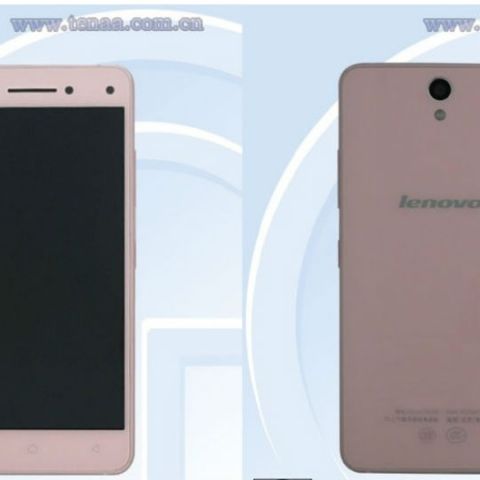 If a tweet from leakster @upleaks is to be believed, then Lenovo might be the first company to bring a dual front camera smartphone. According to @upleaks, Lenovo Vibe S1 features dual selfie camera. It is expected that it could be used to get bokeh effects.

Lenovo Vibe S1 was expected to get announced at MWC this year, but that didn’t happen. As for the rumor, the major reason to believe it is the presence of two sensors on the right of the earpiece. The images of the Vibe S1 were leaked during its TENAA certification. Earlier, it was thought that it is just some another sensor, but after tweet from @upleaks, there is  a good possibility that it might be the second front camera. However, the TENAA listing shows that Vibe S1 has a 5MP front camera. In that case, it is quite possible that, if there are indeed dual front shooters, both of them could be 5MP.

@upleaks also tweeted another image which could be the rear of the of the Vibe S1. The image shows (what appears to be) a fingerprint scanner below the camera of the phone.

As for remaining rumored specs, Lenovo Vibe S1 is expected to have 5-inch FHD display, octa-core 1.7GHz processor, 2GB RAM, 16GB internal memory which is expandable, and a 2420mAh battery. The rumors also suggest that  it could weigh around 130g and with 143 x 70.8 x 7.85 mm dimensions. It is expected to come in Black, White, Blue, Violet, and Pink colors.