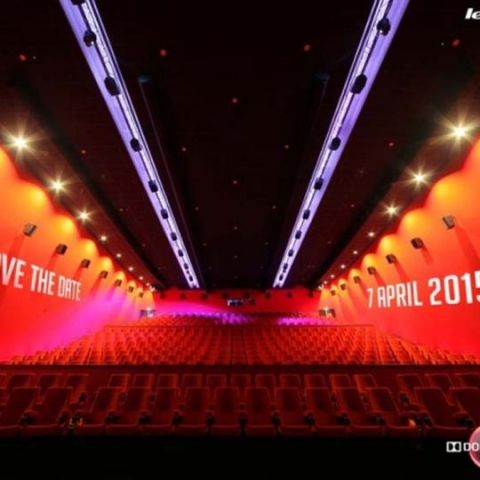 Lenovo has started sending out press invites for its event on April 7 in Mumbai, India with the line “Save the Date, 7 April 2015” along with a photo of the Dolby Atmos theater. According to reports, Lenovo may launch the new A7000 smartphone at the event, which are one of the first smartphones to boast Dolby Atmos sound technology.

Lenovo had unveiled the A7000 at the MWC tech show earlier this month and reports say India will be one of the first countries where the smartphone will be launched. Now the company has started sending out media invites for an event in Mumbai on April 7, where it is likely to launch the A7000.

The Lenovo A7000 has a 5.5-inch display screen with 720 x 1280 pixels resolution. It is powered by an octa-core Mediatek processor, coupled with 2GB RAM. The smartphone has 8GB internal memory expandable via microSD card support. It has an 8 MP rear camera and a 5 MP front snapper. Connectivity options included are dual-SIM card slots, LTE support, Wi-Fi, Bluetooth and microUSB support. The smartphone runs on Android 5.0 Lollipop OS and is backed by a 2,900mAh battery. This is the first phone to have Dolby Atmos sound technology.

Earlier this week Lenovo had announced the 5.5 inch K3 Note smartphone for $145 at an event in China. The smartphone has a unique design with the company’s logo engraved inside a large circular ring at the back. It has a 5.5-inch Full HD display with 1920 x 1080 pixels resolution, an octa-core 1.7 GHz processor and runs on Android 4.4.