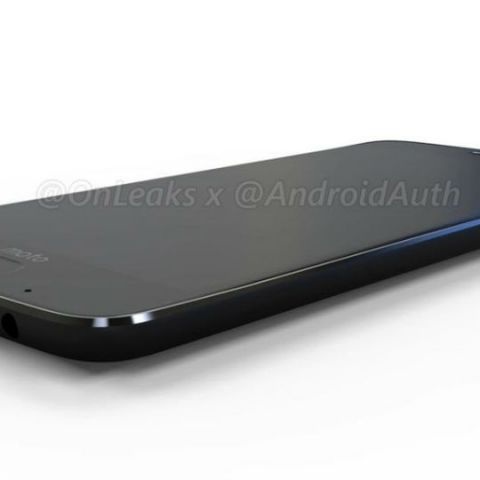 Moto Z2 Force, the next shatterproof modular smartphone from Lenovo's Moto subsidiary will see the return of the 3.5mm audio jack. According to new renders posted by Android Authority, the smartphone will be thinner at 5.99mm, but offer a 3.5mm headphone jack. Last year's Moto Z and Z Force measured 5.2mm and 7mm in thickness, but Motorola decided to skip the audio jack from those devices.

In terms of design, Moto Z2 Force seems to be a mix between last year's Moto Z Force and recently launched Moto G5 series. The handset features a front-mounted fingerprint sensor similar to the one found on the Moto G5 series. The Moto branding sits above the fingerprint sensor while Lenovo's branding is placed on the lower half of the right hand side.

Apart from the 3.5mm headphone jack, the Moto Z2 Force will also sport a new dual rear camera system. The handset is rumoured to use Snapdragon 835 processor, a 5.5-inch display and include support for all the existing MotoMods. Evan Blass notes that Moto Z2 Force won't be a Verizon exclusive and will also be carried by T-Mobile in the US. Android Authority adds that Sprint will support Cat 16 download speeds on the Moto Z2 Force.

Motorola is reportedly working on the Moto C, Moto C Plus, Moto E4 and Moto Z2 series. We have already seen leaked renders of all the upcoming Moto devices and a leaked video showed Moto C series from all the angles. The Moto C and C Plus are expected to be Motorola's cheapest Android smartphone yet.