The Lenovo K8 Note is expected to be a budget Android smartphone that will compete against Xiaomi's Redmi 4 and Redmi Note 4 series. The smartphone is also expected to ditch the Vibe UI in favour of stock Android experience. 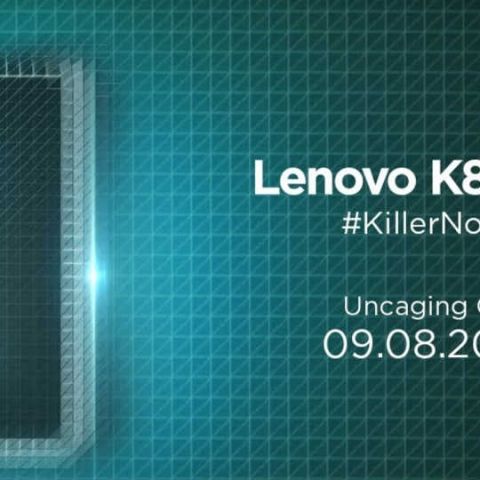 Lenovo will announce its K8 Note smartphone at an event in New Delhi today. The event is scheduled to start at 12 noon and the company is live streaming the launch event via its YouTube channel. The smartphone is expected to be Lenovo's competitor to Xiaomi's best-selling Redmi Note 4 and Redmi 4 series.

Lenovo has been teasing the launch of the K8 Note for the past few days and it will be the successor to last year's K6 Note. Lenovo K8 Note will be Amazon India exclusive but there is little information on its hardware specifications. Lenovo recently confirmed its plan to ditch Vibe UI in favour of near stock Android experience. The K8 Note could be the first device to launch with stock Android 7.1.1 software.

In terms of specifications, the handset is expected to sport a 5.5-inch full HD display and GeekBench listing suggests it will be powered by MediaTek Helio X20 processor. The smartphone is expected to offer 4GB RAM but there is a possibility that the handset will be offered in 3GB RAM variant as well.

In the last few quarters, Lenovo has dropped from being the second largest smartphone maker to the fifth position. The company has conceded its position to Chinese smartphone makers including Xiaomi, Oppo and Vivo. With the new K series launch, the company would be trying to regain its lost position in the Indian smartphone market.