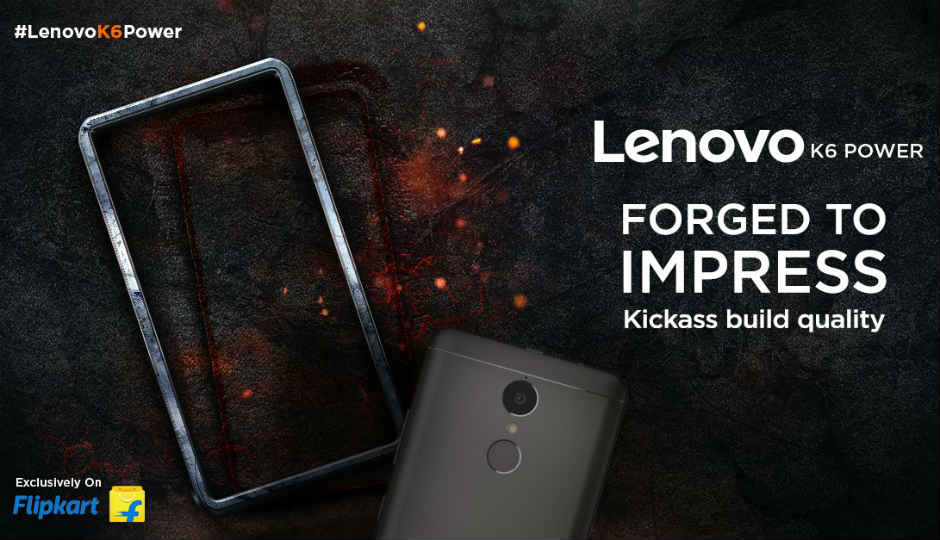 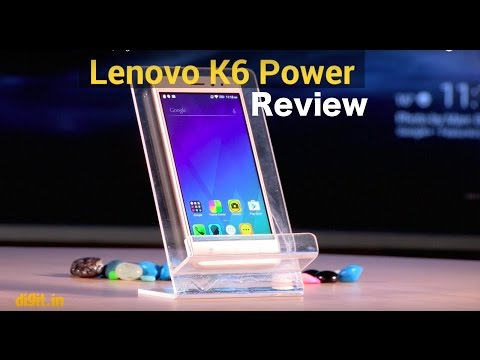 Lenovo is all set to announce K6 Power in India today. The smartphone will take on Xiaomi's Redmi 3S Prime and Redmi Note 3 - two of the most popular smartphones in the Indian market. Xiaomi has managed to sell over 1 million units of both Redmi Note 3 and Redmi 3S devices, making it one of the best selling smartphone in India.

Lenovo K6 Power(₹ 9999 at flipkart) has everything it takes to take on these popular devices. The smartphone first showcased at IFA 2016, features a 5-inch display with a resolution of 1920 x 1080 pixels. The IPS LCD display offers a pixel density of 441ppi and screen to body ratio of 69.1 percent.

The smartphone is powered by Qualcomm's Snapdragon 430, an octa-core chipset clocked at 1.4GHz and the graphics duty is taken care of by Adreno 505 GPU. At IFA, the smartphone was announced in two variants - 2GB RAM, 16GB storage and 3GB RAM, 32GB storage model. Lenovo is likely to announce both the variants in India. Lenovo has already confirmed the device will be Flipkart exclusive.

As far as camera is concerned, Lenovo K6 Power sports a 13MP main camera with phase detection autofocus and LED flash. The secondary camera is an 8MP unit, which should be good enough for selfies and video calling.

Lenovo K6 Power like most smartphones in this price range features a rear fingerprint sensor. As far as connectivity is concerned, the smartphone offers WiFi 802.11bgn, Bluetoth 4.1, GPS with A-GPS. Lenovo K6 Power is 9.3mm thick and weighs around 145 grams.

Lenovo K6 Power runs Android 6.0 Marshmallow based on company's own Vibe UI. The smartphone houses a beefy 4000mAh battery and will be available in Silver, Gold and Dark Grey colour options. Pricing will be the key here and it will be interesting to see whether Lenovo K6 Power competes against Xiaomi's Redmi 3S Prime or the Redmi Note 3.