Lenovo A7010 spotted online prior to its launch

Follow Us
HIGHLIGHTS
Lenovo A7010 spotted online prior to its launch

Earlier today a Romanian online store listed an upcoming Lenovo phone, the a7010, on its website. The new phone is yet to be announced and going by the specs provided on the website, looks like a budget segment smartphone. There is no information as of now regarding the availability or price of the phone. We believe Lenovo will officially announce the phone soon.

The Lenovo a7010 features a 1080p 5.5-inch display. It sports a MediaTek MT6753 SoC. Many budget smartphones today are powered by this SoC including the Meizu M2 Note. The a7010 has 2GB RAM and 8GB of built-in storage. The storage can be expanded to 128GB via a microSC card. 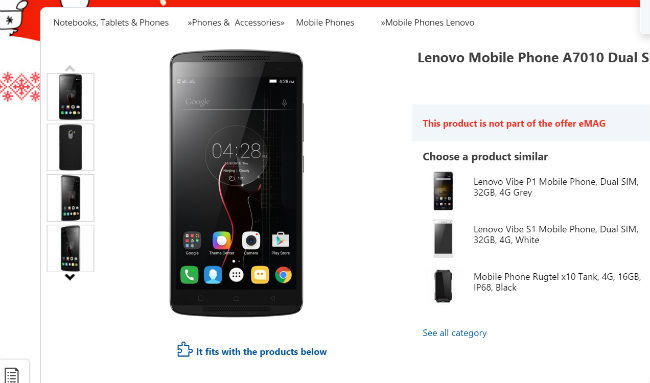 When Lenov launched the K3 Note, the company partered with Dolby to enhance the speakers of the phone. Following this trend, the smartphone maker has done the same for the a7010 giving it Dolby Atmos optimized speaker. The phone has  two front facing 1.5 W speakers. A similar front-facing dual-speaker setup has been seen on various phones from HTC. The Lenovo a7010 also houses three microphones so that it can record better sound, reducing ambient noise more effectively.

Recently, Lenovo announced two new mid-ranged smartphones in India - the Vibe S1 and the Vibe P1. While the Lenovo Vibe S1 offers a dual camera setup for outstanding selfies, the Vibe P1 offers a 5000 mAh battery which cannot only last a day but can also be used to charge other devices.

Coming back to the a7010, there is no information on an Indial release date or price but we hope the smartphone makes its way to the Indian shores soon..