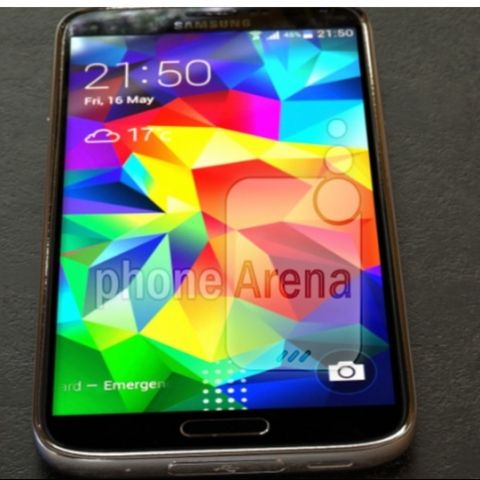 The S5 Prime will go head to head with the forthcoming LG G3, which is also rumored to come with a metal chassis and QHD display.

The Samsung Galaxy S5 Prime has once again made an appearance on the web ahead of official announcement. The S5 Prime is rumoured to feature a 2K resolution display as well as an aluminium cover, making it a premium version of the flagship.

Leaked images show S5 Prime's aluminium chassis with brushed metal edges. There's also a speaker grill located at the bottom of the device. The images also show the phone's display, which is said to be a 5.2-inch QHD screen (2,560x1,440-pixel resolution).

Rumoured specifications of the smartphone include 3G of RAM and 16MP camera as on the S5. The new S5 variant is said to feature a new version of Android OS and the new Qualcomm Snapdragon 805 processor.

The Samsung Galaxy S5 Prime is expected to be unveiled next month (Samsung’s June 12 event in NYC is likely) with $880 price tag.

The S5 Prime is set to compete with the LG's upcoming flagship G3, which is also rumored to come with a metal chassis and QHD display. Rumoured specifications of the G3 include 5.5” QHD display, Snapdragon 801 SoC, and 13MP camera with 4K video capture.