Lava partners with Airtel to offer Z50 with Android Oreo (Go Edition) at an effective price of Rs 2,400 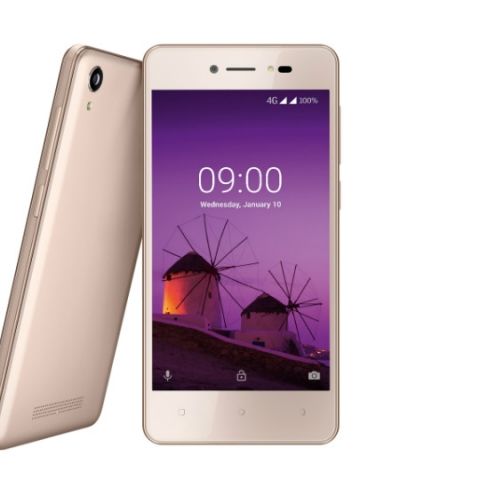 Lava has launched its first Android Oreo (Go Edition) smartphone, the Z50, priced at Rs 4,400. However, as a partner offer with Airtel, the company is offering a cashback of Rs 2,000 under the telcos “Mera Pehla Smartphone” initiative. This brings down the device’s effective price to Rs 2,400 and it is available online from Flipkart, Amazon and Snapdeal, and offline from retailers in Black and Gold colour models. It should be noted that the Rs 2,000 cashback will be credit back into a users Airtel wallet when they constantly recharge with Rs 169 for 36 months.

As mentioned above, the Lava Z50 runs on Android Oreo (Go Edition), which is a lighter version of the latest Android OS. The OS is optimised specially for low spec devices with less than 1GB RAM and the Lava handset comes preloaded with the Youtube Go app as well. It supports up to 10 major Indian languages for search and comes with a two year warranty, and a launch offer of free one-time screen replacement if its screen breaks within 1 year from the date of purchase. It was showcased at MWC 2018.

Mr. Gaurav Nigam, Head – Product, Lava International said  “We are delighted to announce the availability of Z50 for our customers, making it India’s first Android™ Oreo™ (Go edition) Smartphone to be available in the market. With the cashback offer from Airtel, LAVA Z50 is effectively available for Rs. 2400, making it a great option for smartphone buyers, looking for best technology at the most competitive price.”

In terms of specifications, the Lava Z50 features a 4.5-inch FWVGA display and is powered by the quad-core MediaTek MT6737M SoC with 1GB of RAM and 8GB ROM, which can be further expanded up to 64GB via a microSD card. It comes with a 5MP sensor and a flash for both the front and the rear cameras and they will also support capturing bokeh shots. The dual-SIM smartphone is powered by a 2000mAh battery which the company says can deliver talktime of up to 8 hours.