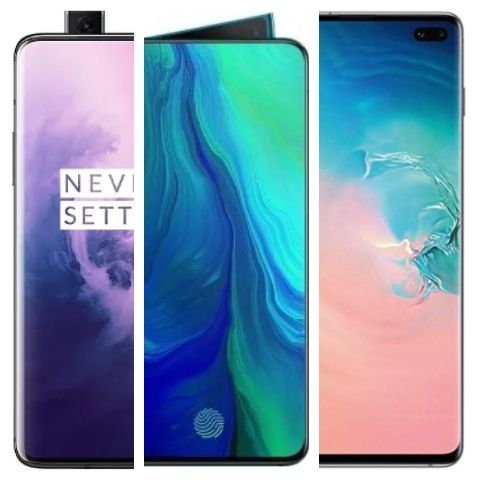 If you’re in the market for a phone that can handle intensive tasks like gaming and multitasking, these are the 8GB, 10GB and 12GB RAM phones you should look at

The amount of RAM included in smartphones has increased to a point where 6GB and 8GB RAM doesn’t turn heads anymore. Now, phones with 10GB and 12GB RAM are also a thing. While we are still pondering over what we can do with so much RAM, it’s never a bad thing to have more than you need. Who knows, maybe in the future, there could be applications and games that will demand more RAM. Presently, the minimum RAM you’d require to ensure smooth performance in general is 4GB. Anything above that is ensuring you have enough resources available should you need it while multitasking. More RAM also ensures your system doesn’t have to sacrifice resources to make a game run smoother. With at least 8GB RAM, you can swiftly minimise your game, make a call, take a photo and then go back to the game, while with 10GB RAM and above, you can actually keep your game minised for long hours. We do that regularly with the OnePlus 7 Pro where PUBG Mobile is kept pinned to the recents menu and loads straight to the lobby when we select the game.

If you’re in the market for a phone that can handle intensive tasks like gaming and multitasking, these are the 8GB, 10GB and 12GB RAM phones you should look at —

12GB is presently the most amount of RAM you can get in a smartphone. Presently, there are only a handful of phones that offer 12GB RAM but we expect this space to fill up as the year progresses.

The OnePlus 7 Pro’s top end variant comes with 12GB of RAM along with 256GB UFS 3.0 storage and Snapdragon 855 chipset. The phone, as a result, is blazing fast with minimal chance of slowing down no matter what you do on the device. The OnePlus 7 Pro also features a QHD+ AMOLED display with HDR10+ certification. The display stretches to the edges thanks to a pop-up camera module while on the back is a triple-camera setup consisting of a wide-angle lens, a primary 48MP lens and a telephoto lens that offers 3X zoom. Clearly, there’s no dearth of features on this device.

The Black Shark 2 entered the Indian market very recently. Offered as an all-out gaming device, the 12GB RAM actually makes sense on this device, more than the OnePlus 7 Pro. You can argue, at least that you need the resources for gaming longer, even though there are no games or apps whatsoever that will eat up all 12GB of RAM. The Black Shark 2 comes with a 6.39-inch FHD+ HDR AMOLED display with improved touch latency while a dedicated button optimises the device for gaming. The Snapdragon 855 powers the gaming phone and offers 256GB UFS 2.1 storage. On the back is a 48MP camera paired with a telephoto lens while on the front is a 20MP sensor. The Black Shark 2 is notable for its ability to pair with a large screen and two gamepads on each side. It has also has enhanced cooling tech and a fan-case that can apparently bring down the core temperature by 10 degrees in 10 seconds.

A premium flagship armed to the teeth. The top-end variant of the Galaxy S10+ offers 12GB of RAM and a whopping 1TB of storage, so there’s no dearth of resources available on the device. The phone is powered by the Exynos 9820 in India and comes with a triple-camera setup on the back which includes a wide-angle and a telephoto sensor. On the front, the Galaxy S10+ offers a Infinity-O display with the front camera drilled into the top right corner of the 6.4-inch QHD+ AMOLED display.

While there are handful of phones with 10GB RAM available in overseas markets, in India, only the OnePlus 6T McLaren Edition offers 10GB of RAM. But that too was a limited edition device and will soon be phased out now that the OnePlus 7 Pro is here.

The OnePlus 6T McLaren Edition was launched as a special edition with a new design and 10GB of RAM instead of 8GB RAM that’s there on the regular OnePlus 6T. The McLaren Edition features a custom design that’s inspired from a race-car design. It even has the orange hue which is a McLaren signature. Along with 10 gigs of RAM, it has 256GB UFS 2.1 storage and Snapdragon 845 SoC.

While OnePlus and a few others were early adopters of 8GB RAM, this RAM variant is now present in quite a few smartphones starting from the mid-range segment.

There are two variants of the Samsung Galaxy S10+ that offers 8GB RAM. One comes with 128GB storage and another with 512GB storage. The rest of the features on the phone are the same.

Huawei might be going through a tough time, but the company has assured that the devices already available in the market will not be impacted by the US ban. The flagship Huawei P30 Pro offers 8GB RAM and 256GB storage and is powered by the flagship Kirin 980 SoC. The P30 Pro’s claim to fame is the triple-camera setup on the back that allows for up to 50X hybrid zoom.

The  OnePlus 7 is the leaned-down offering that sits below the OnePlus 7 Pro. This one offers more value for money as the hardware under the hood is essentially the same with Snapdragon 855, 8GB RAM and 256GB storage. However, the display has the same U-shaped notch as its predecessor while on the back is a dual camera unit.

The Vivo V15 Pro was available in a  6GB RAM variant before and only recently did Vivo offer the updrage. The V15 Pro is notable for the triple-camera setup on the back and its bezel-less display that offers an in-display fingerprint sensor and a pop-up module for the front camera.

The Honor View20 came early this year with a taste of things to expect in the next few months. The phones runs on the flagship Kirin 980 and comes with 8GB RAM and 256GB storage. On the back, there is a 48MP camera along with 3D ToF sensor that allows motion gaming.

The Poco F1 was last year’s most affordable flagship phone and with 8GB RAM and 256GB storage, it’s performance will be nearly as good as the premium offerings from last year. The display and the body might be of a lower quality, but that’s what budget flagships need to do to keep the costs down.