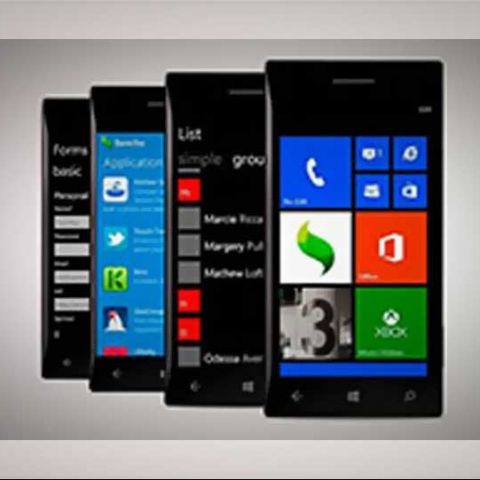 Indian smartphone companies Karbonn, Xolo and Lava have confirmed launching Windows Phone-based smartphones in the country in next few months. Karbonn says it will be launching four Windows Phone smartphones, which will be priced between Rs. 6,000 and Rs. 12,000. Lava reveals pricing of its WP phones will start at Rs. 6,500.

Lava International CEO and MD Hari Om Rai said: “A series of Windows-based phones will be launched under the Lava brand by July. These will be priced in the range of Rs 6,500-8,500.” Lava's WP phones will be running Qualcomm Snapdragon 200 processors.

“We expect the Windows-based phones to represent 8-10 percent of the volume of Lava smartphones starting July-August” Rai added.

Xolo will also be launching its Windows Phone-based phones in the next quarter. “We at Xolo believe that Windows OS has certain goodness to offer for a certain market segment and it will help us reach a desired 15 percent share of the smartphone market by end 2014,” a Xolo spokesperson is quoted as saying.

Confirmation from these companies comes shortly after recent reports said Microsoft had waived licence fee for Windows Phone OS and was offering it for free to at least two Indian smartphone makers in an attempt to up the competition against Google's Android and Apple's iOS platforms.

IDC figures show Windows Phone is very behind Android. In the last quarter of 2013, Android had about 78 percent share of smartphone shipments while the Microsoft Windows Phone platform share was around 3 percent.

Microsoft is however making some serious efforts for a major turnaround. At the recently held MWC 2014, Microsoft updated its device partners list for Windows Phone 8, including the likes of Foxconn, Gionee, JSR, Longcheer, Xolo (Lava) and Karbonn along with previous manufacturers Samsung, HTC, Huawei and ZTE.

Do you think Microsoft's Windows Phone OS can give a tough competition to Android in the near future? Let us know your views in the comments section below: