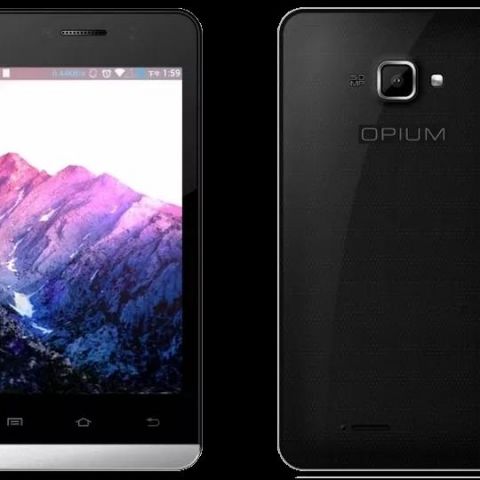 The Karbonn Opium N7 smartphone supports dual-SIM (GSM+GSM) with dual standby. It runs Android 4.3 Jelly Bean and has a 1.2GHz quad-core processor. The smartphone features a 4-inch WVGA IPS display with 480 x 800 pixels resolution. It has a 5 MP rear camera with LED flash and a front VGA camera. It has 4GB of inbuilt storage expandable up to 32GB via microSD card. Connectivity options included are 3G, Wi-Fi, Bluetooth and GPS. The Karbonn Opium N7 is backed by a 1600mAh Li-Ion battery and is available in Black colour.

The Karbonn Opium N9 smartphone also supports dual-SIM (GSM+GSM) with dual-standby. It runs Android 4.3 Jelly Bean operating system and has a 1.3GHz quad-core processor. The smartphone has a 5-inch HD IPS display with 720 x 1280 pixels resolution. It has 1GB of RAM and 4GB of internal memory expandable via microSD card slot to 32 GB. The Karbonn Opium N9 has an 8 MP rear camera with LED flash and a 2 MP front camera. Connectivity options included are 3G, Bluetooth, Wi-Fi and GPS. It has a 2000mAh Li-Ion battery and is available in White colour.

The Opium N7 and N9 competes with the Karbonn Titanium S99, Micromax Canvas Unite 2, Moto E and Lava Iris X1. However the Opium N7 and N9 run on outdated Android 4.3 instead of the latest Android KitKat in the same price segment.