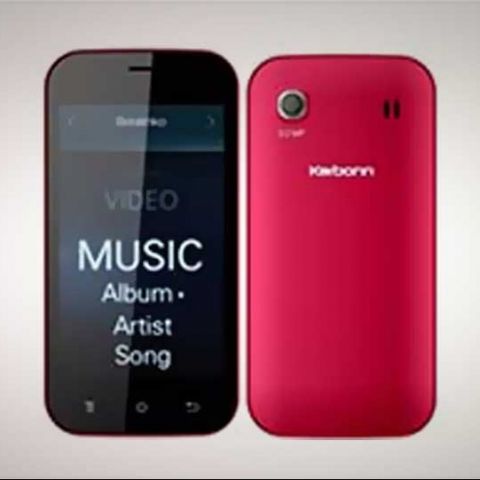 Karbonn's new entry-level smartphone – Karbonn A91 – has been spotted at an e-store with a price tag of Rs. 4,490.

The Karbonn A91 is a dual-SIM smartphone, running Android 4.2 Jelly Bean and powered by a 1.3GHz dual-core processor. The Karbonn A91 has 3.9-inch display with 800 x 480 pixels resolution. It has a 3.2 MP rear camera and a front camera.

The smartphone has 256 MB RAM, 512 MB ROM and supports additional storage up to 32GB via microSd. On the connectivity front, the smartphone supports EDGE, GPRS, Wi-Fi and Bluetooth.

While Karbonn has launched quite a few mid-range smartphones, the company is also focussing on the entry-level segment. Back in October 2013, Karbonn unveiled as many as four new entry-level smartphones - A16, A35, A90 and A99.