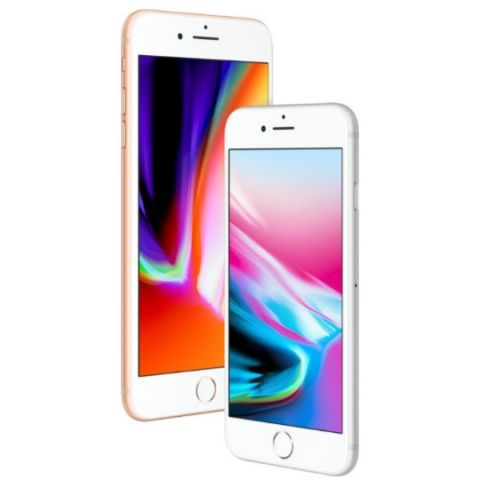 YouTube channel JerryRigEverything has put the iPhone 8 through a series of durability tests to see how it holds up. The device was bent, burned and scratched, to test how durable the iPhone is, and from the looks of it, it does perform well.

The tests begin with the YouTuber, Zack, scratching the iPhone 8’s front glass. It does well and though it does get scratched, it achieves level 6 on Mohs scale, similar to the Samsung Galaxy Note 8 and other flagship devices. On Mohs scale, level 10 is the hardest to scratch. To provide a perspective, a tempered glass screen scratches at 6 and a Sapphire screen (like the one on HTC U Ultra) scratches at level 8.

The home button, front camera and sensors of the device are tucked under the hard display. The entire front of the device, except the earpiece grill, is resistant to everyday scratches and scuffs. The smartphone’s earpiece is metal and although pretty solid, it scratches easily. But it does not fall out or tear.

The iPhone 8 sports a glass back and the company logo rests beneath it. It seems sturdy on the back, and does not scratch easily. Apple has said that Sapphire glass is used over the phone’s camera, but it scratches easily on Mohs level 6 during the test. The YouTuber claims that Apple is using its own proprietary alloy of sapphire instead of pure sapphire, like the one used on the HTC 11. The smartphone’s frame is all metal, including the side buttons. They are also sturdy but reveals series 7000 aluminium when scratched deeply.

The bend test, which the iPhone 6 Plus failed, has no effect on the iPhone 8. Next up was the flame test in which some pixels on the screen turn black temporarily, but after some time the screen returned to normal. Exposing the phone’s display to a naked flame burns the oleophobic coating on it. Even though the smartphone has proven itself quite durable, it is better to use a phone case and protector considering its hefty price. The iPhone 8 will be on sale in India from September 29 and is priced starting at Rs 64,000.