If you are looking to pick up the latest iPhone and don’t want to stand in line, you can pre-order one online today 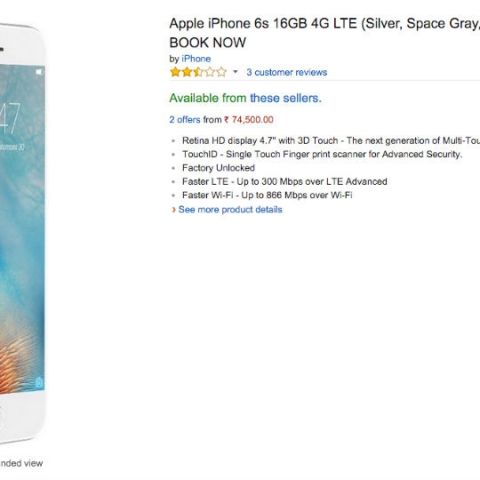 The iPhone 6s and the iPhone 6s Plus will be available in India starting October 16. If you are one that doesn’t want to stand in line for the phone or is afraid of midnight sales stock out, then you can pre-order one starting today.

Those interested in pre-ordering an iPhone 6s or 6s Plus can do so on Amazon, Snapdeal, Flipkart, Infibeam, and Paytm. Customers can also pre-order the device via Vodafone stores. On Paytm, pre-orders are available on a flash sale model with a pre-booking fee.

On Snapdeal, consumers can pre-order the smartphones from today and pre-orders will carry on till October 14. On Amazon, consumers can receive exclusive offers from Vodafone such as free data and talk benefits when pre-ordering the iPhone 6s or the 6s Plus. Before the pre-orders officialy began a 182 iPhones were seized at the Delhi airport headed directly for the grey market .

If you are in the market to pick up a flagship smartphone and are looking for alternatives apart from the iPhone, you can take a look at our list of top 10 smartphones available in India.