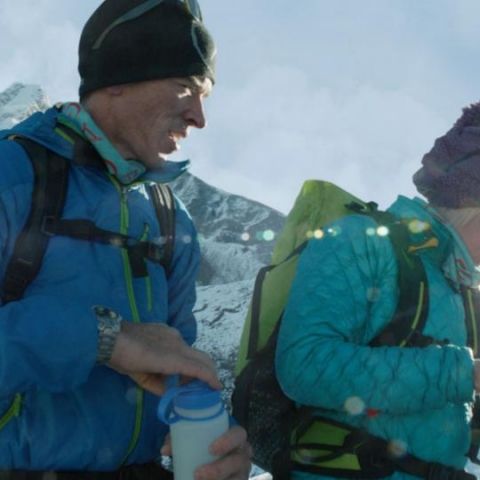 Apple's iPhone already comes packed with multiple sensors, but according to a new report, this year's model -- the iPhone 6 could include a barometer sensor to measure temperature, air pressure, and altitude as well.

According to sources, new references within Xcode 6 and iOS 8 are dedicated to altitude tracking and will require new Apple hardware. Current altitude tracking applications use the iOS Device’s existing GPS and Motion chips to track altitude, but a barometer is more accurate and has a dedicated chip for tracking.

A developer from FutureTap, Ortwin Gentz has tested the new framework on an iPhone 5s and the results confirmed that the device [iPhone 5s] did not support the altitude changes. The report says that the new sensor could be a part of the iPhone 6's M8 motion co-processor, which according to rumors, will debut with the iPhone 6. Since the feature is a part of iOS 8, it is likely that it will be integrated into Apple's new products including the iPhone 6, new iPads, and the iWatch.

According to rumors, the iPhone 6 is expected to be launched on September 19 and will feature a sharper display made of sapphire glass as well as a thinner and rounder form factor. Rumors also suggest that Apple may actually release two large-screen models measuring 4.7 inches and 5.5 inches. Recently, images of the iPhone 6 were leaked by Taiwanese pop star, actor and race car driver Jimmy Lin on his Weibo account. Lin had leaked the iPhone 5C pictures last year and those photos turned out to show the real thing.

A barometer sensor is commonly used for measuring altitude and is already available in Android devices like the Google Nexus. It is used by bike riders, hikers and mountain climbers to get accurate knowledge about their current altitude as well as temperature and weather information.