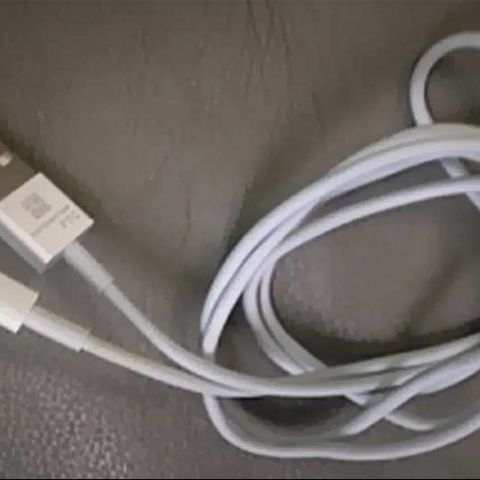 As the launch of Apple’s sixth generation iPhone approaches, the Internet is buzzing with rumours of the features that the device may have. We have been hearing for quite some time now that the iPhone 5 would have a smaller dock connector.

A photo has been leaked on the Internet by Jack Yao, which shows the new iPhone’s USB dock cable. The cable has the same white appearance and design as the cable you get when you pick up a new iPhone or an iPod but the difference is that the end, which goes into your iPhone, is smaller.

A closer look at the leaked image and it is safe to say that the new dock connector is very reminiscent of the Apple MagSave charger's design.

Replacing the 30-pin dock connector may be a good idea, as it will allow the designers to do better things to the ergonomic build of the device. The bad news is that if you are one who has a bunch of Apple accessories like a docking music system or car charger, you will have to reinvest in products that support the new port. we do hope that Apple introduces a converter that will save most consumers the hassle.

In the past, we have seen the iPhone 5 assembled from leaked parts. The leaked design too shows a smaller dock connector. You can take a look at the assembled device here.

A smaller dock connector is not the only thing that will be new to the device. the iPhone 5 is also expected to introduce the nano SIM card. You can read details about it here.