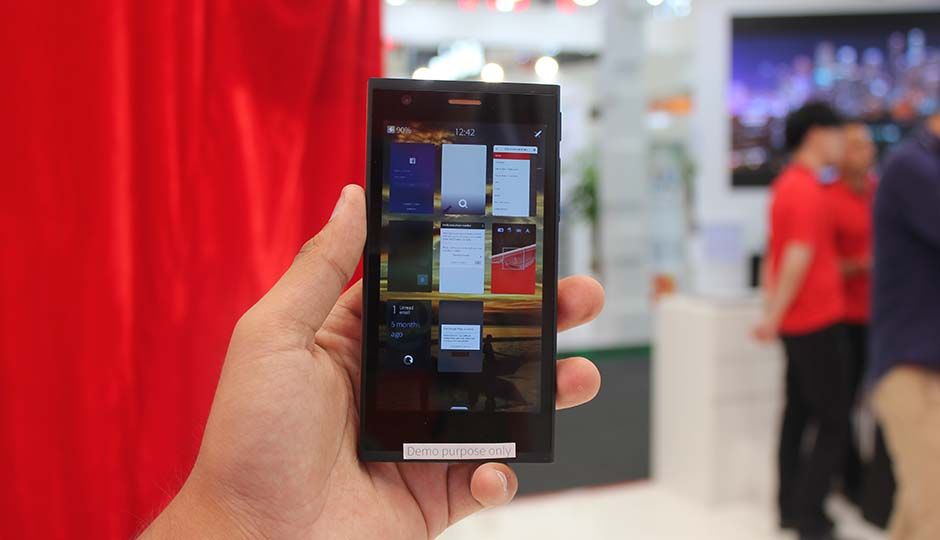 Homegrown smartphone maker Intex has become the first OEM partner for Finnish operating system maker Jolla. The Indian smartphone maker took to the stage at MWC, Shanghai today to announce the Intex Aqua Fish, which will be running on the Sailfish 2.0 operating system. Intex says it wants to start selling the device from November onwards and is working on it at the moment. According to the company, once ready, it wants to sell the Aqua Fish globally.

It is important to note that the Aqua Fish is currently not ready, and Jolla and Intex have only provided a reference design. Interestingly, the reference smartphone seems very much like the original Jolla smartphone, but with Sailfish OS 2.0. Jolla has partnered with both Snapdeal and Times Internet to bring country specific content into the OS. Times Internet's Gaana and Cricbuzz applications have been integrated into the OS, while Snapdeal's mobile app is also a part of the OS now, made into specific screens on the device, as part of what Jolla calls Sailfish India.

According to Jolla, Sailfish 2.0 will have better support for Android applications, and the company has also started providing reference designs for Qualcomm's Snapdragon 400, 600 and 800 series. Sailfish 2.0 is also a 64-bit operating system, and Executive Chairman and CEO Antii Saarnio says that while high end devices running on Snapdragon 800 and above aren't currently in production anywhere, Jolla is working on gaining partners. Saarnio also said that Jolla is looking at partnering with other Indian OEMs and the Russian government, to further the OS.

The Intex Aqua Fish will probably run on a Snapdragon 410 processor. While the pricing has not yet been revealed, sources say that it will be around Rs. 15,000.