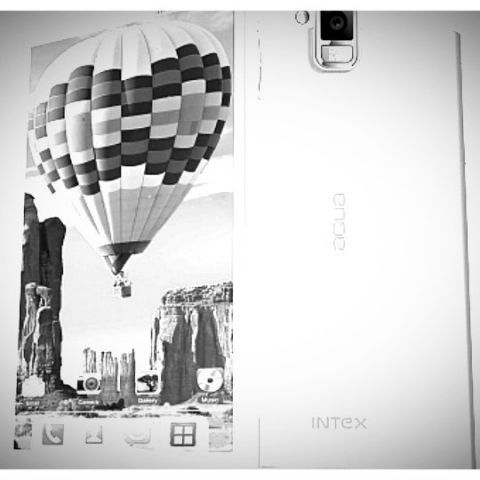 Competition in the sub-8k smartphone competition continues to grow as Intex Mobiles launches the 'Aqua i5 Mini', an Android 4.2.2. Jelly Bean-based smartphone priced at Rs. 6,850.

The Aqua i5 Mini supports dual-SIM, sports a 4.5-inch-inch IPS display with 480x854 pixels resolution. The smartphone is powered by a 1.3GHz quad-core MediaTek MT6582 processor, coupled with 1GB of RAM. The Aqua i5 Mini features an 8MP auto focus rear camera with LED flash and 2MP front-facing camera.

It has 4GB of internal storage, expandable up to 32GB via microSD. Connectivity options include 3G, GPRS/ EDGE, GPS/ A-GPS, Wi-Fi with hotspot functionality, Micro-USB, Bluetooth, and FM radio with recording. The smartphone is powered by a 1500mAh battery.

The Aqua i5 Mini is a less expensive version of the Aqua i5, which was launched last year. The Aqua i5 features Android 4.2 out of the box and is powered by a 1.2 GHz quad-core Cortex A7 processor along with 1GB of RAM.