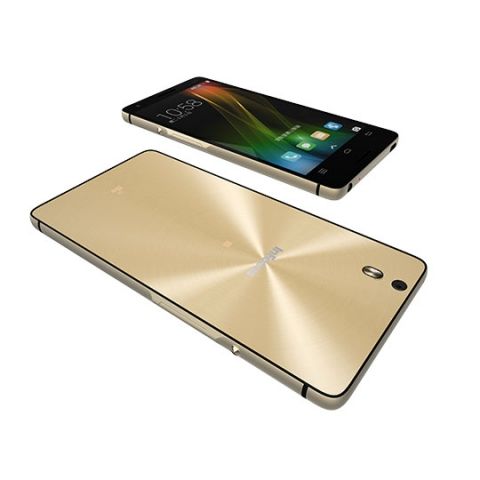 InFocus has launched the M810 smartphone, its premium offering to Indian markets. Previously launched in Taiwan, the phone presents an upgrade over the InFocus M530 - the highest-specced smartphone from InFocus' stable till now.

The InFocus M810 features a 32-bit Qualcomm Snapdragon 801 quad-core processor clocked at 2.5GHz, Adreno 330 GPU and 2GB of LPDDR3 memory. It will come loaded with Android Lollipop v5.0 underneath InLife UI. Other features and specifications include a 5.5" display with 1080x1920 pixels resolution at 401 ppi pixel density, 13-megapixel main camera with true-tone LED flash, 5-megapixel front camera, 16GB of internal memory with an expansion slot up to 64GB, and a 2600mAh battery.

InFocus is marketing the M810 highlighting its looks as the prime factor. Sachin Thapar, country head of InFocus India, stated in the press release, "The premium device aesthetics of the M810 delight and enchant like nothing else in the market. The phone is the result of a relentless pursuit of design and visual excellence. Each facet of this marvel is comparable only to products that belong to the highest echelons of luxury. The gleaming glass case immediately reminds you of the chrome finish that the most high-end cars sport and the matte metallic portion is an instant throwback to the dials of some of the most exclusive time-pieces in the world."

InFocus has previously tried to provide above-par performance with the M530 that featured a stellar main camera and good, hassle-free performance. The InFocus M810 will be made available in gold finish, and is made of "luxurious, hand-crafted matte metal" along with glass cover. Dimensionally, it is 6.9mm thin, and weighs around 156 grams. The InFocus M810 will be available exclusively on Amazon, and will be sold for Rs. 14,999.